Albertus Magnus – The intellectual giant from the Swabian province

To each little animal its own little pleasures, they say. One of my pastimes is medieval culture and literature – and a very special area there.

For about twenty years I have had a stack of photocopies in my possession that I once needed for a scientific work. Although I have not really needed them since then, I keep them, I guard them, perhaps not exactly like the apple of my eye, that would be too much to say, but like a very personal treasure, my ‘pleasures’.

It is a copy of a medieval manuscript containing sermons written in Latin. The text, which is difficult to read, fascinates me less because of its theological content. It is rather the marginal notes, the insertions that have done it to me. They are comparable to the random background noises of tape recordings: casual references to everyday events or to current politics, but above all explanations of all sorts of scientific fields. They range from botany to physiology, meteorology and mineralogy; all these subjects are placed at the service of theology and convey a very unique and direct picture of the knowledge of the time and its world view.

For me, these sermons represent my very personal recording from a distant century. The manuscript mentioned is unique in that it alone contains these texts.

But the man from whom the sermons originate is one of the most fascinating personalities of the Middle Ages: Albertus Magnus, in German Albert the Great.

For years I had planned to devote myself more intensively to these sermons, perhaps even to edit them if I had the time. 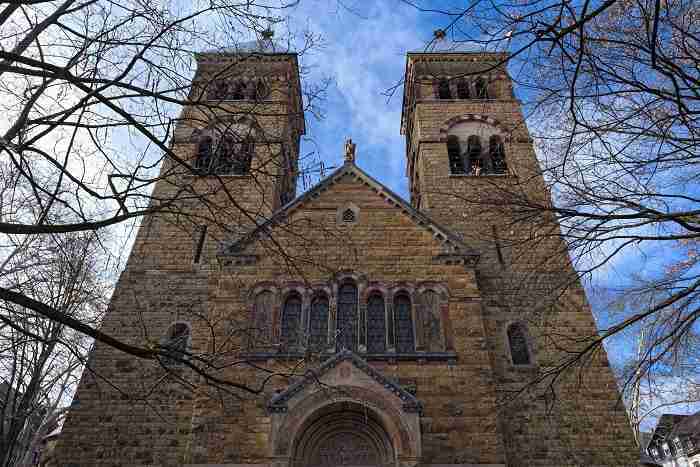 But as is often the case: Time was always against me, it was simply not enough, other things were always more important. In the end, my professional career took me further and further away from this project, and the manuscript was more or less just a memory for me, a closed, though unfortunately not completed chapter.

One day there was a letter addressed to me from the Netherlands in my mailbox. The sender was completely unknown to me. In broken German a scientist asked me if I could help him to transcribe some pages from the medieval manuscript just mentioned. He had come to me because I was the last person before him to deal with this very manuscript, some twenty years ago. At that moment a circle was closed for me. I had another reason to deal with the old manuscript.

But this text is not about Albert as a priest and important preacher, but about a completely different one of his many fields of activity.

For Albert was not only a theologian and philosopher, he was also a natural scientist, a polymath in the truest sense of the word. His work comprises several thousand printed pages.

But Albert did not spend his life exclusively in the scholar’s room. He travelled throughout much of Europe and his career is rich in prestigious assignments, locations and titles. He learned and studied in Venice, Padua, Paris, where he later taught as well as in Cologne and Würzburg. He preached in many places, including Augsburg, was Bishop of Regensburg and much more. One can certainly ask oneself when the man had the time to write such a tremendous work. 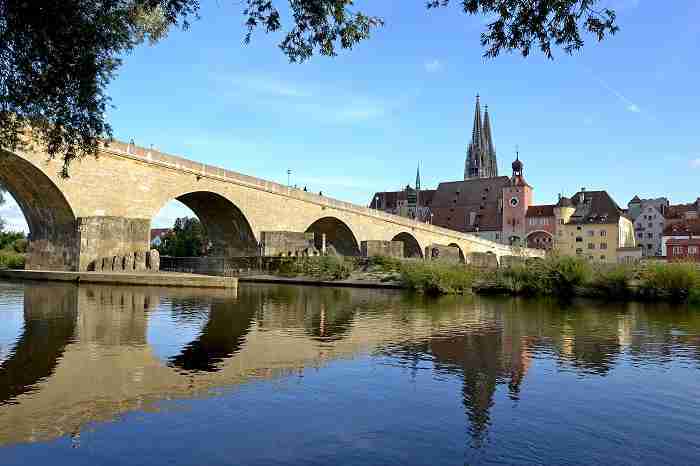 In fact, he rightly bears his epithet the Great; he was a giant of spirit in the true sense of the word.

Against this background it is not surprising that also in his sermons there are again and again comparisons and explanations from all fields of natural history.

There are explanations of the process of procreation and digestion, physical phenomena as well as botany, zoology, meteorology or mineralogy. Everywhere Albert falls back on his own scientific work.

But it is not only the sheer amount of knowledge, impressive as it may be, that makes Albert a significant figure in the history of science, his approach is also spectacular. In fact, he is treading completely new paths in the natural sciences.

The Dominican is not only an incredibly well-read book man, he is also above all an eye man, someone who makes his own observations and starts thinking about them, and in this way gains new, personal insights.

And not only that, Albert completely redefines the task of the natural sciences: The task of science is not simply to accept what has been handed down, but to search for the causes in natural things.

If this fact seems self-evident to us today, then we have personalities like Albert to thank for it. His contemporaries had a completely different understanding of the tasks of science.

According to the medieval view, it was by no means the task of the natural scientist to investigate and observe nature or even to test theories by experiment. In the eyes of his contemporaries, the activity of a natural scientist was to know and pass on the knowledge of the ancients. The truth lay in the books, and to measure it against reality was a more or less absurd thought that few people fell for.

There are many places one can associate with Albert in some way.

He was born around 1200 in the Swabian town of Lauingen as the son of a low nobleman. There is not much that could remind us of this personality of European cultural history. 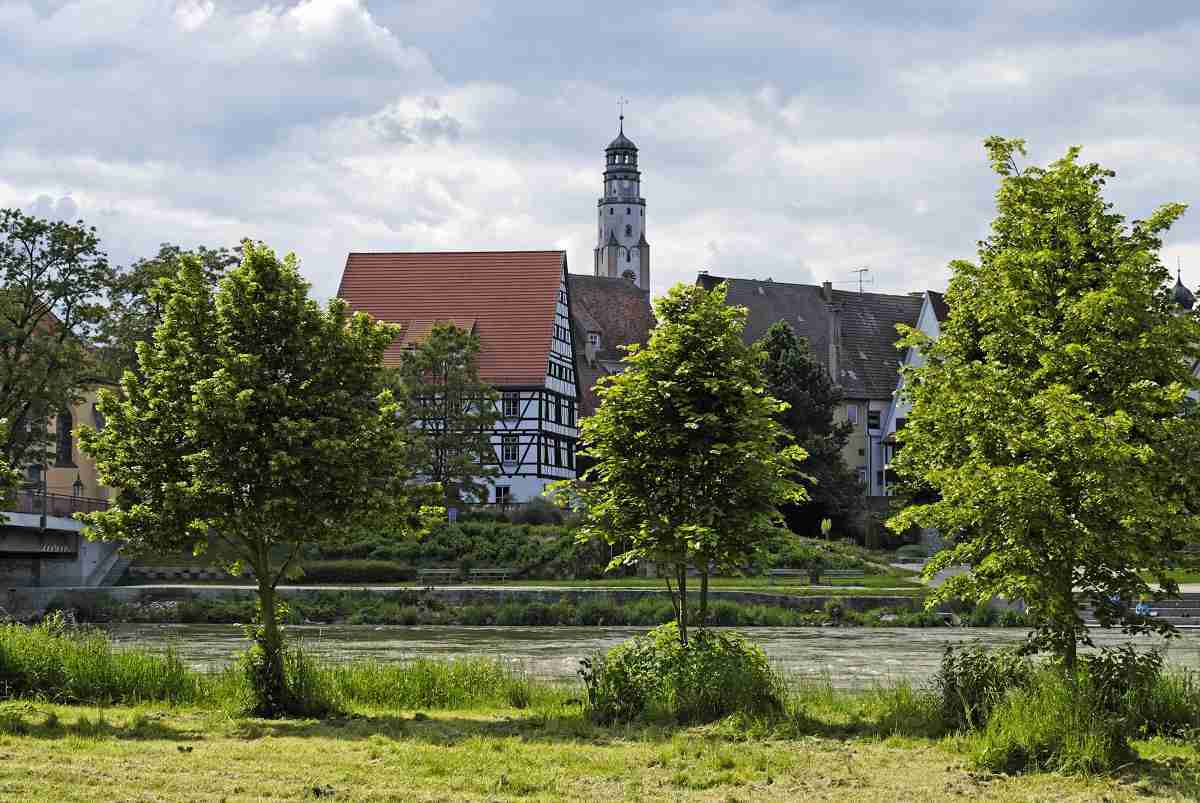 The most famous son of the city is honoured with a statue in front of the town hall and of course the local grammar school is named after him.

The closest to Albert’s person and his scientific thinking at his birthplace is probably the local mineral collection. It shows all minerals known to us, which Albert lists in his five-volume work De lapidibus et mineralibus.

In alphabetical order, and thus according to a comprehensible system, from abeston (asbestos) to zigrites (a stone that we cannot identify), Albert lists in it all the stones known to him from literature or from his own observation. He systematically describes their appearance, their occurrence and their effect. According to most scholars, this can be found in Arabia. It is said to have a wonderful property, and this can be seen in the temples of the gods. Because once it is lit, it can hardly be extinguished. Because it has a flaky structure, it is called salamander fluff…

The cigrite is a transparent stone, it is also called evax. It is said that when worn around the neck, it causes the blood to clot and dispels mental confusion.

Granted: the line between science in our modern understanding and superstition is a fine one, and yet Albert is considered one of the progenitors of both modern chemistry and mineralogy.

He knows the silver mines in Freiberg and the ore deposits in Goslar from his own experience, he describes how the metals run through the stone like veins, he knows the different degrees of purity of metals and he knows how to finally separate the valuable metals from the worthless rock. 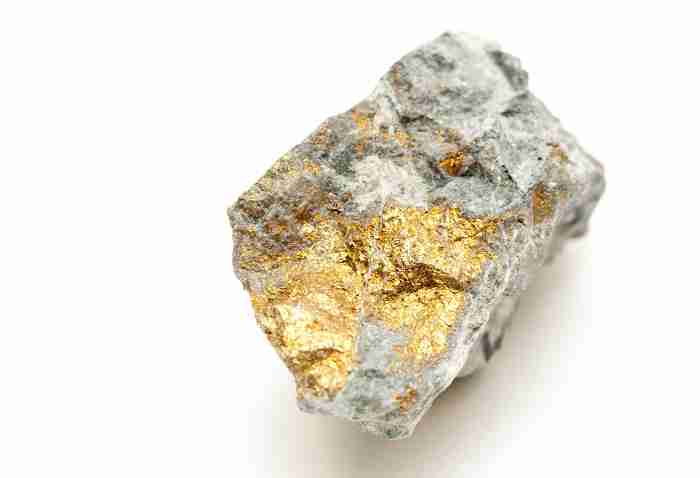 Wir sehen nämlich auch in dem Gold, das in einem Stein entstanden ist, dass es nicht im gesamten Stein enthFor we see also in the gold that is created in a stone that it is not contained in the entire stone, but it is a kind of vein that either runs through the entire stone or passes through a part of the rock substance. And this gold is broken out of the stone by removing it and purified by fire.alten ist, sondern es ist eine Art Ader, die ihn entweder zur Gänze durchzieht oder durch einen Teil der Gesteinssubstanz geht. Und dieses Gold wird aus dem Stein durch Abtragen herausgebrochen und durch Feuer gereinigt.
But how are these veins formed? How are metals formed? This question also drove the alchemists. For if this secret of nature was known, they thought, one would be able to imitate it and thus produce the most valuable of all metals oneself: gold.

As the scholars of nature say, all silver and everything made of gold is made of mercury and sulphur. The proof of this is that wherever such metals are found, these substances are also found. If the power of the sun and the stars are mixed with these substances in the beginning, they are far from being gold. But gradually they are boiled and digested, and the more they are digested and boiled, the more they take on the properties and colour of gold.

In Albert’s Stone Book we can also take a look at the laboratory of the medieval alchemists in their search for the philosopher’s stone.

Using a special vessel, bulbous at the bottom and with a long, narrow neck at the top, they try to imitate nature’s cooking and digestion process just described with the help of the elixir, and in this way to extract gold. It will be centuries before one understands the futility of this effort.

And if we are tempted to smile amused today, we should perhaps ask ourselves which of our scientific hypotheses and experiments will make posterity smile in a few centuries.

Sources:
Elisabeth Schinagl is a full-time author. In this book she retells, based on diary entries, the story of the Graubünden master builder Giovanni Domenico Barbieri. You can buy it by clicking on the picture on the right! 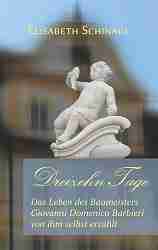