Most of us know the film “Amadeus” by Miloš Forman from 1984. When I saw the film for the first time in the cinema, I was most impressed by the character of Antonio Salieri (masterfully embodied in the film by F. Murray Abraham and awarded an Oscar).

I had heard the name Antonio Salieri until then only so “in passing”. And so I began to search a bit in the libraries.  For me, this was a perfectly permissible “excursion”, since the opera libretti of Pietro Metastasio, who was so famous in the 18th century, were among the topics of my upcoming master’s examination (not from the perspective of music history, but solely from the perspective of drama theory). But during this search I learned, among other things, that the young Salieri had also met Metastasio and had received from him one or the other valuable tip for his opera compositions!

In any case, I asked myself at the time after seeing the movie: Who was this Antonio Salieri actually and what role did he really play in Mozart’s life? 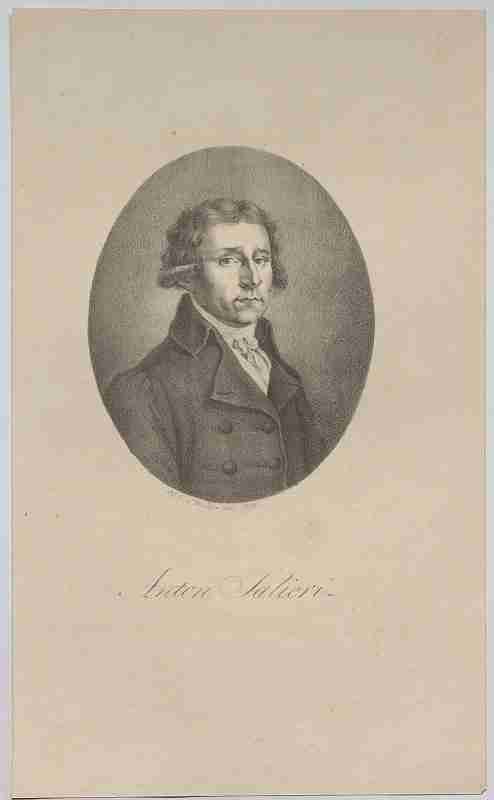 Antonio Salieri was born in 1750 in Legnago in the Republic of Venice. He came from a well-to-do merchant family and showed a talent for music even as a child. He learned the harpsichord, violin and singing. After the premature death of his parents, he went to Vienna at the age of only 16, initially via brief stops in Padua and Venice, where the court conductor of Emperor Joseph II, Florian Leopold Gassmann, took him under his wing and encouraged his further education. As early as 1770, Salieri’s first opera, Le Donne Letterate (The Well-Read Women), was premiered in Vienna. Only four years later, he was appointed court composer by Joseph II and finally, in 1788, after Gassmann’s death, court kapellmeister, a position he would hold for 36 years.

In the course of his life, Salieri composed more than 40 operas, but also chamber music and sacred musical works – although not always only for the Austrian imperial court: Christoph Willibald Gluck, who was no longer able to carry out a commission for a new opera in Paris due to his failing health, entrusted Salieri with this task. Joseph II personally interceded for Salieri with his brother-in-law Louis XVI. The result was the opera Les Danaïdes, which premiered in Paris in 1784 and was celebrated by the French court and the public.

But especially the opera Tarare, which Salieri composed with Pierre Beaumarchais as librettist and which premiered in 1787, was very well received. It should be noted that the circle to Mozart closes here: After all, Mozart’s opera Le Nozze di Figaro, first performed in 1786, was based on Beaumarchais’ then infamous play Le Marriage de Figaro. In addition, Tarare’s French libretto was translated into Italian by Lorenzo da Ponte under the title Axur, re d’Ormus.

What stands out in all this? Not only Salieri’s collaboration with Beaumarchais, but also with Lorenzo da Ponte, the librettist of Mozart’s operas Le Nozze di Figaro, Don Giovanni and Cosi fan tutte! So things were basically no different back then than they are today: people knew each other in artistic circles, they inspired each other, but they also gave one or the other a commission – always in search of the much-needed income!

So we come to the next question: what was Salieri’s relationship with Mozart, which is a central theme of Miloš Forman’s film and is based on the legend that Salieri had something to do with Mozart’s death or even poisoned him?

None of this is historically proven. Above all, Mozart’s mention of Salieri in his various letters speaks against this legend. According to these mentions, the relationship between the two composers may have been somewhat ambivalent from time to time over the years, mainly due to “stretched” commissions (including artistic envy and inflated ego), but it was probably in reality predominantly characterized by mutual respect. Even at his introduction as Kapellmeister at the imperial court in 1788, Salieri chose Mozart’s “Figaro’s Wedding” instead of performing a work of his own. Thus, nothing suggests Salieri was somehow involved in Mozart’s death. Here one might make a concession to filmmaker Forman and the 1979 play by Peter Shaffer on which the film is based: A play or a film are also often only beautiful fictions and are by no means always based on facts!

But back to Salieri: his last opera Die Neger was premiered in 1804 and failed completely. From then on, he devoted himself increasingly to sacred music, but also to conducting and teaching. Thus he became the teacher and patron, among many others, of Haydn, Schubert and Ludwig van Beethoven, to whom he dedicated three violin sonatas (Opus 12) in 1797.

Antonio Salieri died in Vienna in 1825 and was initially buried in the Matzleinsdorf Cemetery. At his funeral, his Requiem in C minor was played for the first time. His remains were later transferred to Vienna’s Central Cemetery. On his tombstone are engraved the verses of his pupil Joseph Weigel:

Rest gently! Stripped of dust,
Eternity will blossom for you.
Rest gently! In eternal harmonies
Now is thy spirit loosed.
He spoke out in enchanting tones,
Now it floats towards the everlasting beauty.

While Antonio Salieri was almost forgotten in the 19th century, his compositions have been rediscovered in recent decades, not least inspired by Forman’s film:

In 2003, for example, Cecilia Bartoli recorded a CD with thirteen arias by Salieri that had never been published before, and Diana Damrau released a CD with seven arias by Salieri, among others. And several other artists have continued to explore his work ever since. In 2011, the opera “Der Rauchfangkehrer” was performed in Graz, the hometown of Salieri’s librettist Leopold Augenbrugger.