The Bavarian-Swabian Augsburg is – next to places like Trier, Kempten or Worms – one of the oldest cities in Germany. A legion camp on the Wertach river in the area of today’s Augsburg-Oberhausen is considered the forerunner of Roman Augsburg. This was founded around the year 15 BC after the successful conclusion of the Augustan Alpine campaign.

A predecessor settlement has not yet been proven. The Celtic settlers in the region were described by the Romans as a tribe of the Vindeliks. They probably surrendered relatively without a fight, and larger battlefields have not yet been discovered in the entire region. In the first century after the turn of time the slow romanization and the establishment of the province of Raetia took place. The newly built roads and especially navigable rivers like the Danube and the Lech made a flourishing trade possible.

The indigenous Celtic population also experienced a massive cultural transfer from Italy, additionally supported by a large number of new settlers. Despite the soon dissolution of the military base in the Augsburg area only a few decades after its foundation, the civil village that was originally created around it grew steadily in the following years. To protect it from flooding, the young settlement was moved to a higher-lying location – today’s cathedral quarter.

After the last territorial expansions in the early imperial period, the province of Raetia extended over a relatively large area between the Alps and the Danube, reaching as far as the Swiss Alps in the south. Thus the province connected the eastern areas on the middle and lower Danube, i.e. today’s Balkans, with the Roman north-western provinces in Gaul and Germania, i.e. Western Europe.

Augusta Vindelicum was conveniently located at important crossroads of the road axes. For this reason, Augsburg finally replaced Cambodunum, the Roman Kempten, as the Raetian provincial capital at the end of the first century. In 121, Augsburg, already flourishing at that time, was granted the second highest Roman city charter by Emperor Hadrian. From then on, the new name Aelia Augusta referred both to Hadrian’s family, the House of Aelier, and to the city’s founder Augustus.

During the entire second century, the new municipium experienced a period of prosperity as a trading metropolis of national importance with up to 20,000 inhabitants. As the provincial capital and administrative centre of the province of Raetia, it had numerous magnificent and representative stone buildings. Spas, temples and an ingenious water supply system completed the picture of a typical Roman city. 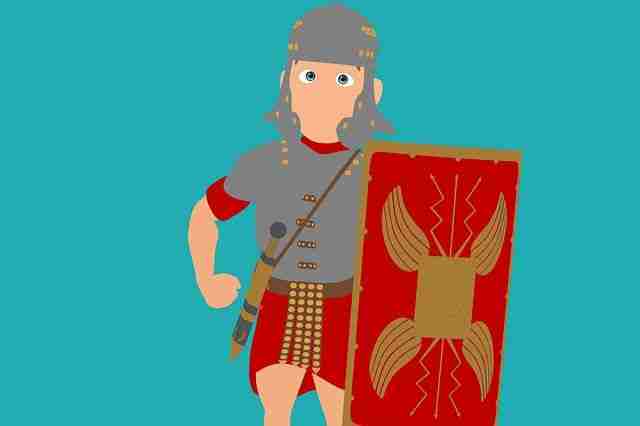 However, the imperial crisis of the third century brought about a drop in the standard of living, partial devastation and a certain depopulation. After major setbacks, in 260 all the territories north of the Danube and east of the Rhine had to be ceded to the Alamanni, a Germanic tribe that continued to invade the empire. Only through far-reaching reforms under the emperors Diocletian and Constantine the Great was the Roman Empire able to consolidate once again in the late third and early fourth century and to maintain the border defence along the Limes for the most part.

Augsburg remained an urban centre in the following Late Antiquity and Migration Period. The city was constantly in a state of tension between the Romanised provincial population, the Alamanni in the west and a multitude of Germanic tribes such as the Goths, Franks and Lombards. Increasingly, these population groups mixed with the Romanic inhabitants. There was no quick, violent conquest. Rather, a slow ethnogenesis and a gradual extinction of the Roman central power in Raetia took place over several generations. The mixture of Romanesque and Germanic culture, together with the progressive Christianization, marked the gradual transition to the early Middle Ages.

Thus, a continuous continuity of settlements in Augsburg can be proven from antiquity to the Middle Ages and thus up to the present day. Even if the visible traces of the Romans may be rare at present, they still massively determine today’s cityscape. In the early Middle Ages, a bishop’s see was established in the former heart of the old, now greatly shrunken Roman city, which was to become the nucleus of today’s Augsburg. The Roman road Via Claudia still led south from this cathedral castle, which was surrounded by wooden palisades. Over the centuries, merchants and craftsmen settled along this road – this was to become the medieval and early modern centre of the Free Imperial City of Augsburg from 1276. According to Roman custom, the cemeteries were located outside the cities and along the arterial roads. Because of a Christian martyr’s grave – the burial place of St. Afra – the later Benedictine monastery of St. Ulrich and Afra developed from just such an ancient cemetery, which still today dominates the southern cityscape of Augsburg.