Emanuel Schikaneder was born on September 1, 1751. Although he wrote 55 operas, plays and songs in his lifetime, he is best known for writing the text of The Magic Flute, having the play performed in his theater and playing the role of Papageno himself.

Because of his birthday I write a short report about his life. But note: I have found different reports and tried to write down what matches. So if anyone has more information, I’m happy to read it in the comments (on Facebook or Twitter).

Actually, his birth name was Johann Joseph Schikaneder when he was born on September 1, 1751 in Straubing, Bavaria. Music and theater played a major role in his youth: he received music lessons in Regensburg, was a member of the Regensburger Domspatzen, and from 1773 joined the “Moserschen Schauspielgesellschaft”. With this troupe he went on tour – first as an actor, then as a director. In 1777 he married the actress Maria Magdalena Art. She called herself Eleonore, he called himself Emanuel – resonant and fitting names for the artistic couple who now ran the Augsburg theater.

The couple decided to move to Vienna, where they separated in 1785. Eleonore founded a theater company with Johann Friedel, with which they toured Europe and finally managed a theater in Vienna permanently from 1788.

In the meantime, Emanuel played at the Kärntnertortheater and the Burgtheater. However, he wanted to build his own theater house in front of the Kärntnertor, but was forbidden to do so. So in 1787 he left Vienna with his theater troupe and went to Regensburg.

After the death of Johann Friedell in 1789, Eleonore reconciled with Emanuel and brought him to Vienna. Now they performed together in the newly built Freihaustheater. This was part of the largest residential block in Vienna at the time – the Freihaus on the Wieden. Schikaneder’s play “Der dumme Anton im Gebirge” was performed at the opening of the theater on July 12, 1789. 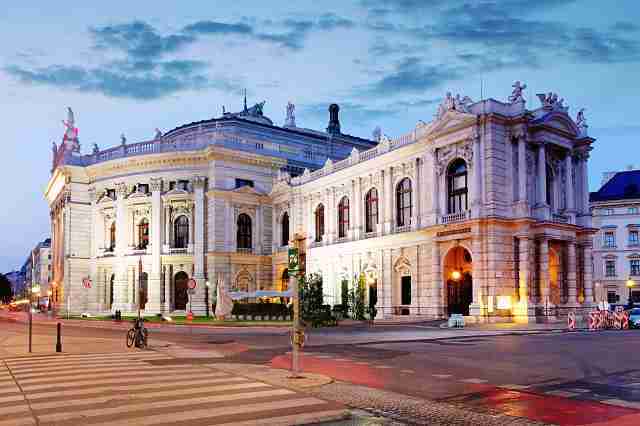 However, another piece became a box office hit: the opera “The Magic Flute” was premiered at the Freihaustheater on September 30, 1791. Wolfgang Amadeus Mozart, who had composed the music, conducted himself, while Emanuel Schikaneder played the role of Papageno, the bird catcher. The success of this opera now fulfilled Schikaneder’s dream: thanks to the high income and with the help of the merchant Bartholomäus Zitterbarth, he was now able to build his own theater – the Theater an der Wien on the other side of the Vienna River (near today’s Naschmarkt). This new theater opened in 1801 with Schikaneder’s opera “Alexander”; he was to direct it until 1804.

Schikaneder was even able to purchase a baroque palace in Nußdorf, which is known today as the Lehár-Schikaneder-Schlössl. However, as a result of the devaluation of money due to the Napoleonic wars, he lost his last fortune and died mentally deranged in Vienna in 1812.

Eleonore survived him by 9 years and died in the Theater an der Wien.

– The brothers Ludwig and Kaspar van Beethoven lived in the Theater an der Wien in the spring of 1803.

– In 1861, Schikanedergasse was named after him in the 4th district of Vienna.

– Like Wolfgang Amadeus Mozart, Schikaneder was also a Freemason, and he was admitted to the Regensburg lodge Carl zu den drei Schlüsseln.

– While Schikander profited enormously from the “Magic Flute”, Mozart could not enjoy it for long. He died already 2 months after the premiere and since there was no copyright in the 18th century in today’s sense, his family did not receive anything from the further income.

– A musical was dedicated to Emanuel and Eleonore Schikaneder in 2016: “SCHIKANEDER – the turbulent love story behind the Magic Flute”, Vereinigte Bühnen Wien