In the Würzburg Love Garden

I owe this story to a dear young friend of mine. Together with her girlfriend she visited the Grashof of the cloister in the Würzburger Neustift, the so-called Lusamgärtlein, a small, romantically shielded square, which is tenderly called the Liebesgärtlein by the locals. The two students had been told that unhappy lovers come there and lay flowers on a stone; as soon as the flowers have wilted, the heartache is said to have disappeared. That is why you can find fresh flowers here year in year out. You can always use a remedy against lovesickness, especially when you are young. So they decided to visit this useful place.

While they are there, a guide is explaining to a group of tourists about the flowers that lie on the stone all year round. But he interprets the phenomenon completely differently! According to him, the stone in question is the memorial to some medieval poet, of whom the two young women have never heard: Walther von der Vogelweide.

Here in the cloister of the Neumünster he is said to be buried according to a medieval source, and the always fresh flowers document, according to the guide, his still unbroken topicality especially among young people. The two students almost burst with laughter when they hear this theory. The stone as a reminder of this allegedly well-known scribbler? That can’t be!

Who is right now?

I believe both of them – and very probably for one single reason: Walther von der Vogelweide was the medieval Minnedichter par excellence. Minne, that is, love, in its many variations and varieties, was in a way his specialty. In ever new variations, he sang about the joy and sorrow of love, emotions and sensual pleasure. The adoration of the noble, noble frouwe, i.e. the lady, is his theme as well as the love for the simple woman of the people, the wip. But his trademark, the thing that makes him unique and famous in this genre, is the new perspective on the phenomenon of love. For the first time, Walther lets those speak who have so far only been objects of desire but never doers: the woman. With this he strikes new, almost revolutionary tones. Even though the language may be foreign to today’s reader and the content may not be revealed at first, fleeting reading – what is described in these verses is all the more familiar and spans the centuries.

Under the linden
on the heath,
dâ our two bets what,
dâ muget ir vinden
both beautiful
broken bluomen and grass.
before the forest in a valley,
tandaradei,
beaute sanc diu nahtegal.

Daz er bî mir læge,
who ez iemen
(nu enwelle got!), so I was ashamed.
what he was plowing with me,
never ever begrudge
bevinden daz wan he and I
and a kleinez vogellîn:
tandaradei,
daz mac wol triuwe sîn. 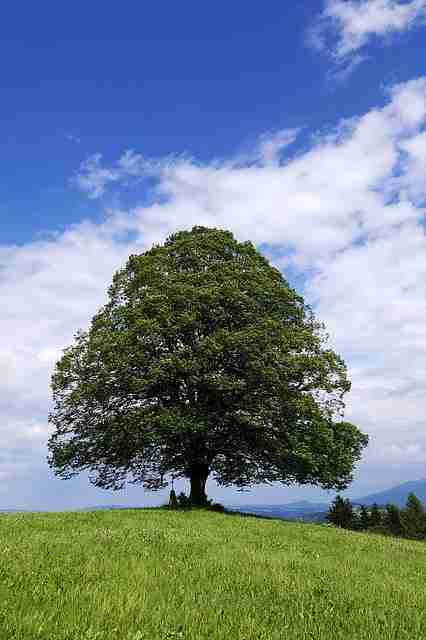 A poor wretch who has never experienced anything like it!

A woman enjoys the joys of love confidently and without regret. She doesn’t care about clergy, church, conventions. It’s new, it’s revolutionary, perhaps even scandalous.

Where do you think Walther performed this song? What did his listeners and, even more interestingly, his female listeners feel? What kind of person was it who wrote these lines? Where did he come from? How did he live? What was his own experience of love like?

The Middle Ages did not know about the cult of personality as we cultivate it today, and so, as with all poets of the time, Walther’s biography is only incompletely known to us. He was probably born somewhere around 1170 in what is now Austria; he probably died around 1230. As a travelling singer he had changing engagements at various courts of nobility. For a long time he stayed at the Viennese court of Duke Friedrich I. He engaged himself with political poetry for Philipp of Swabia and against his rival Otto. After Philipp’s death he took Otto’s side.

From the statements in his work, one can recognize connections to important personalities of his time. Walther consorts with the powerful, he is recognized, a star in a way. And yet he is always dependent on the grace and favour of his noble audience. It’s an unstable, certainly exhausting life. Finally, after many years, he gets a small fiefdom, which guarantees him economic independence and thus a carefree old age.

Love was not the only subject that occupied him as a poet. Walther, the nightingale, the guiding star and role model for many colleagues, is depicted in the famous Manessische Liederhandschrift sitting on a stone in a thinking pose. He is tormented by the tension between the external demands which must be met and his actual needs. How can one live in this world of political intrigue and power struggles and their eternal hunt for prestige and wealth? How to achieve peace of mind here?

The times, the values have changed. The problems are different for modern man in many ways. No wonder that today’s reader needs comprehensive explanations for understanding Walther’s political and religious poetry. Very few contemporaries are interested in the political quarrels around 1200.

The situation is different with love poetry. 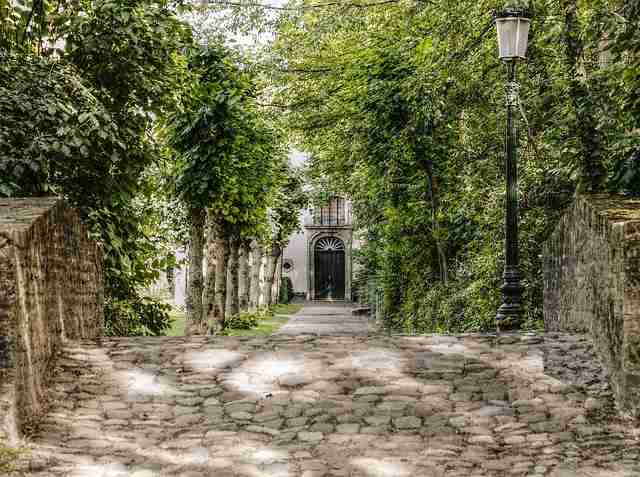 Tell me, somebody, what is it?
If I know one part of it, I like to mête it.
“I remember the bottom.
he lent me a hand, through waz she tuot sô wê.
Minne is minne, tuot sô wê;
If she does it like this, she’ll never heat up a good soul.
I know how she should heat it.

Yeah, what is it, love? Why does it hurt so much?

We know the answers to this today as little as we did around the year 1200, when Walther wrote these verses; and that’s probably why they remain topical. And because love is as it is, regardless of all conventions and social expectations of it, so beautiful and often so painful, there will continue to be flowers on Walther’s memorial stone in Würzburg, and the tour guide can rightly continue to rejoice in the unbroken popularity of the medieval poet.