Classical Greece invented philosophy and democracy, while the Roman Empire still forms the foundations of our Western culture and civilization. In fact, however, there are several hundred years between the heydays of these two cultures. This is the period of Hellenism, that is, the epoch between the conquests of Alexander the Great and the beginning of the sole rule of the first Roman emperor Augustus. In terms of dates, it covers the period from 336 B.C., the beginning of Alexander’s reign, to 30 B.C., the year in which the Roman Empire annexed Ptolemaic Egypt, the last remaining Hellenistic empire. These epoch boundaries are fuzzy. Even before Alexander, Greek culture had spread far and wide, there were colonies on the coasts of the Black Sea and the entire Mediterranean, as far as France and Spain. Mainland Greece, on the other hand, became part of the empire even in the midst of Hellenism. And even after the end of the Egyptian Ptolemaic Empire, Greekism played a prominent role in the now leading culture of the new world empire. The Romans loved the Greek way of life and they revered and received the philosophers until late antiquity, where not least Neo-Platonism was to shape early Christianity and thus in turn the European Middle Ages.
Hellenism is not as deeply anchored in today’s consciousness as the world empire of the Romans or the great achievements of classical Greece. Yet it is precisely this epoch that surprises us with its abundant cultural life. In the Mediterranean region, the three pre-Christian centuries were exceedingly multicultural and pluralistic. It was a wedding of art, music and poetry, but also science and technology. 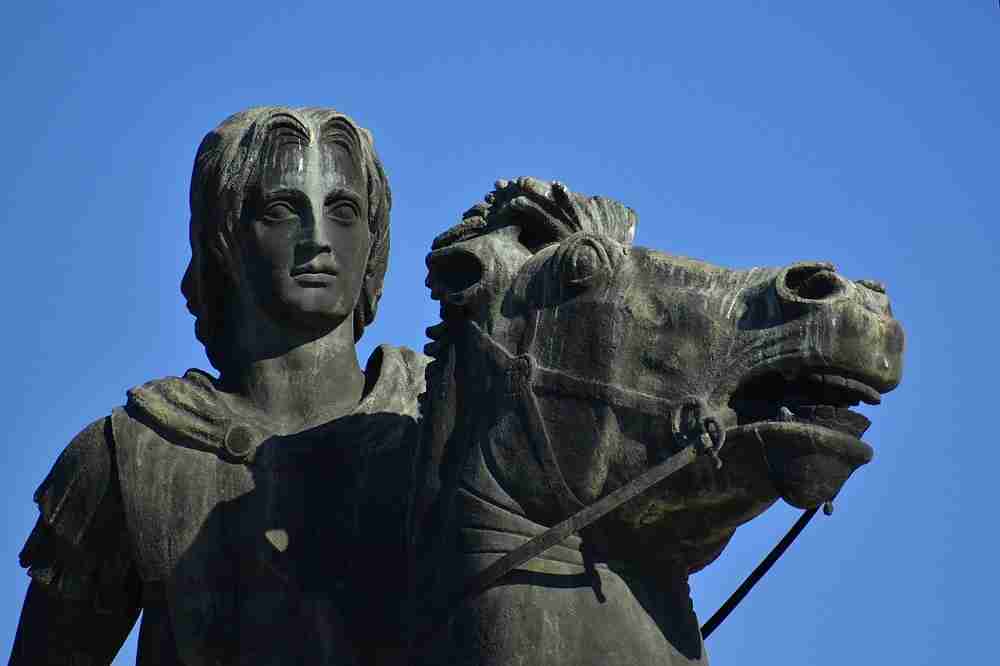 Alexander the Great was already accompanied by geographers who surveyed the country. Mathematics, medicine, but also philosophy took up the achievements of classical Greece and continued to develop. At the same time, peoples and empires were in constant flux, there were wars and tensions, but also fruitful cultural mergers. The Mediterranean region became increasingly “Hellenized,” but ultimately there was a multitude of other ancient peoples – Egyptians and Persians, Punic and Etruscans, Berbers and Celts. They all played a major role in shaping the colorful era of Hellenism.

But back to the beginning: In the Peleponnesian War of 431-404 B.C., the city-states of the Aegean, but also of Sicily and Asia Minor, fought each other for almost a generation. Sparta ultimately emerged victorious, breaking Athens’ former supremacy. By the fourth century B.C., the heyday of Attic democracy and the golden age of classical Greece were finally over. Sparta’s supremacy also dwindled again, and the Greek world’s hopes for general peace and freedom were to remain unfulfilled for decades. In this chaos and power vacuum, King Philip II. (382-336 BC) was able to lead his homeland Macedonia to new supremacy in Greece. He reformed his army, insisted against the Illyrians and Thracians in the north and united the Greek states and cities into the Corinthian League, whose hegemon he had himself elected. He was already planning a campaign against the old enemy Persia in the east, but was murdered by his bodyguard in the summer of 336 BC. His young and ambitious son Alexander now ascended the Macedonian throne.

By this time, Greek culture had become widespread in the Mediterranean region, but the dominant power – especially in the eastern Mediterranean – continued to be the great Persian empire. However, the giant empire in the east began to show its first weaknesses: Revolts and throne disputes shook the internal politics, the kings hoarded wealth and thus weakened the economy, while the satraps, i.e. the governors of the many provinces, acted arbitrarily and likewise only increased their wealth. After Alexander had put down attempts at rebellion in Greece, he moved with 35,000 soldiers to Asia Minor and defeated a similarly large but inept Persian army. A year later, in 333 B.C., there was the famous battle of Issos on the Anatolian-Syrian border. Again the Persians lost, this time led by Great King Darius III. Alexander did not pursue the ruler at first, but turned south, where he conquered the Levant and eventually Egypt. In 331 BC, he finally defeated the Persians at the Battle of Gaugamela. In the following two years, he brought the entire east of the Persian Empire under his control, entering Babylon and Persepolis, and Darius, who had fled once again, was finally assassinated as well. Alexander moved his army as far as India, but mutinous soldiers eventually forced him to turn back. In 323 B.C., Alexander died after a lavish feast in Babylon. His ambitions can only be called cosmopolitan. Through city foundations and the mass wedding of Susa, he wanted to merge Greek and Eastern cultures and overcome the old antagonisms. But his followers did not share his ideas and soon after his death the huge empire disintegrated into several so-called Diadochian empires (Greek for successor), each ruled by former generals of Alexander. 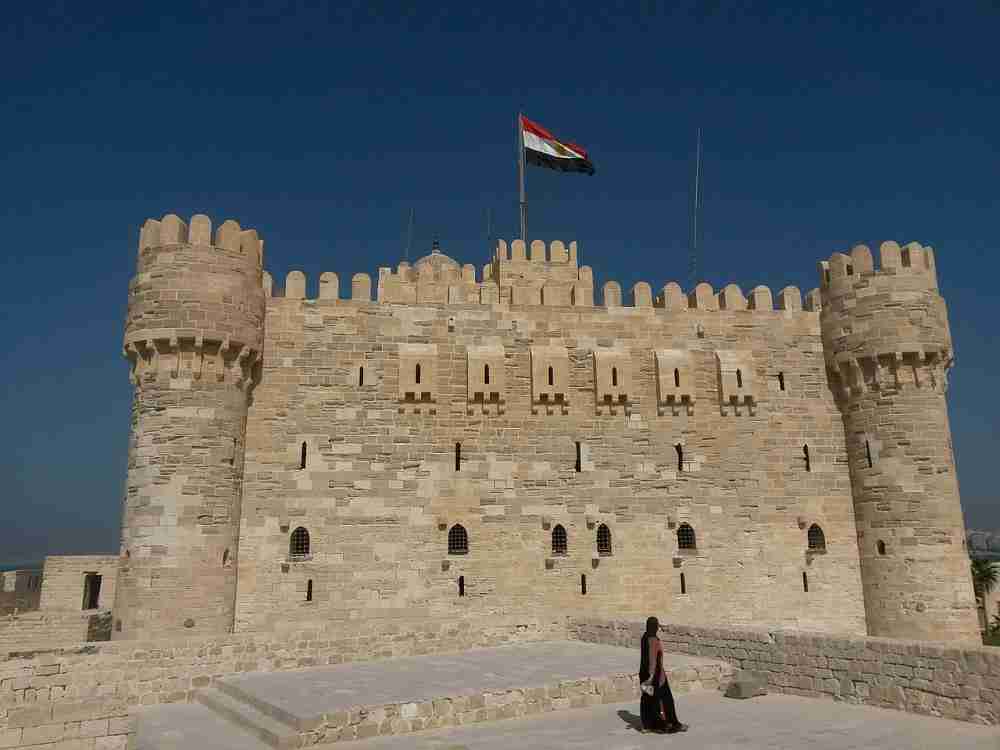 In Macedonia, the Antigonid dynasty (after the general Antigonos “the one-eyed”) took over. In Syria, the Seleucid Empire (after the general Seleucus “the Victorious”) arose, which during its greatest expansion in the late third century BC encompassed large parts of Asia Minor, the Levant and the Near East. In Egypt, the dynasty of the Ptolemies (after the general Ptolemy Soter) came to power, whose last ruler 300 years later would be the famous Cleopatra (VII Philopator).
In the Diadochan empires, there was a strong contrast between the immigrant Greeks, who usually made up only one percent of the total population, and the native “Orientals.” Greeks were not punished as harshly for offenses and were given preference in filling political and military offices. The immigration of Greeks was massively promoted by the various rulers, as was Greek culture as a whole. This included not only way of life and cult practice, but also the language. An all-Greek lingua franca quickly emerged, the so-called Koine (Greek for “general, common dialect”). As a language understood from southern Italy to Bactria, it was of great importance to all societies of the eastern Mediterranean and the Near East until late antiquity. For example, the New Testament of the Bible was also written in the Koine. It was soon considered desirable to be a Greek, or at least to behave Greek. Even the Romans traced the origin of their city back to the legendary Trojan, and thus Greek, Aeneas. Despite the ethnic separation, Greeks and non-Greeks increasingly grew together – the Hellenes became Orientalized and the Orientals Hellenized. Religion and cult played a major role in this process. The Diadochi tended to merge their gods with the native ones – for example, the Greek fertility goddess Demeter was equated with the Egyptian mother goddess Isis. In addition, there were also some social structures that were positive from today’s perspective. On the whole, the position of women was better than before in classical Greece or afterwards in the Roman Empire. Women were allowed to hold offices, run businesses, receive schooling, and they were eligible for court. Slavery was also not as prevalent in many areas as one would expect for ancient societies. And there was hardly any nobility in the narrower sense either. Offices were not hereditary and were usually conferred by ability. Although the diadochal rulers possessed great authority and usurped political, fiscal and military power, numerous cities continued to grow and flourish. In addition to flourishing metropolises such as Pergamon, Antioch or Cyrene, however, Alexandria, the capital of the Ptolemaic Empire, stands out above all. Founded by Alexander the Great, the port metropolis was expanded in a planned and monumental manner by the new rulers of Egypt. Fueled by its political and economic importance, Alexandria rapidly developed into one of the greatest cities of antiquity, where the sciences flourished to an unparalleled degree. Even today, the famous Library of Alexandria or the Lighthouse of Pharos, which is one of the Seven Wonders of the World, are familiar to many. The tomb of Alexander the Great was also located in the city.

In addition to the Diadochi empires, however, there were numerous other dominions in the Mediterranean region. On the Hindu Kush, the Greco-Bactrian kingdom broke away from the Seleucids; in Asia Minor, several small territorial states developed, such as Bithynia, Pergamon, and Pontos; and in Sicily, monarchies established themselves, such as the kingdom of Syracuse. Italy was characterized by the continuous wars of conquest of the regional power Rome, which gradually brought the peninsula into dependence. In the third century B.C., the Punic or Phoenician trading city of Carthage in what is now Libya became the richest metropolis in the Mediterranean. Its sphere of power included many coasts of North Africa, southern Spain, the Balearic Islands, Corsica, Sardinia and Sicily. The Romans first gained supremacy over Italy during Hellenism, then defeated their great rival Carthage in the three Punic Wars and increasingly claimed extra-Italian territories. Soon their gaze also fell to the East: little by little they brought the Diadochi kingdoms into their dependence, conquered them when necessary, and gradually annexed the regions as Roman provinces into their ever-growing empire. When, after long civil wars and battles, Octavian, better known as Augustus, the first emperor of the Roman Empire, finally conquered Ptolemaic Egypt – the last existing diadochic empire – in 30 BC, the age of Hellenism ended.

More on this every month on our video platform – Christian Schaller takes us through the history of antiquity!