John Constable was an English painter who lived from 1776 to 1837. He was an early representative of English Romanticism, which, unlike in the time of Gainsborough, accepted landscape painting and even gave it a significant place, alongside mystical representatives such as Füssli or William Blake. Although often without documentary pretensions, most of Constable’s works were taken from his narrowly defined habitat in Suffolk and its environs, with clearly assignable landscape motifs. He wanted to become a “natural” painter and prepared his works with numerous sketches in pencil, watercolour and also oil. The latter were also already in the size of the later original. 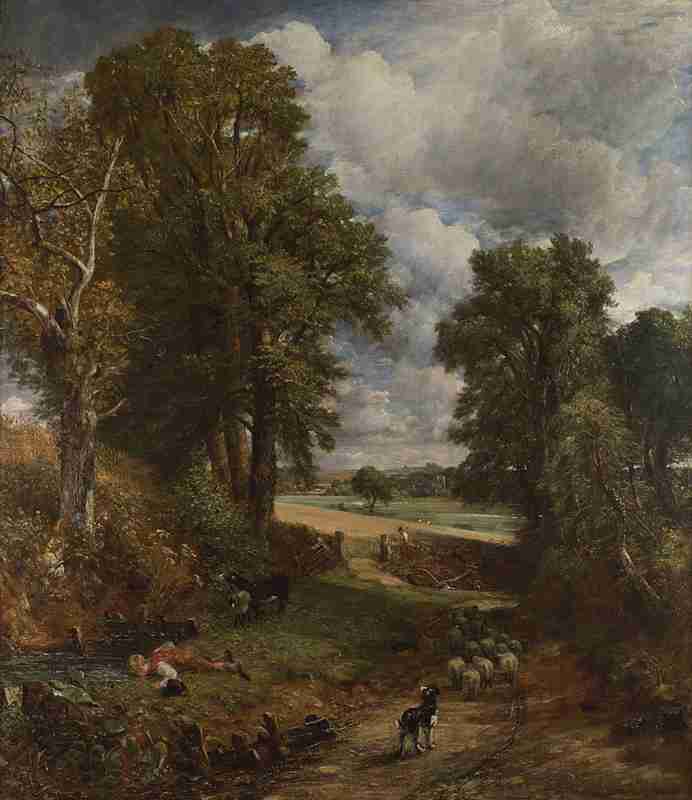 While Romanticism in general allows for the “visualisation” of feelings, in Constable’s case this is conditioned by his various biographical situations. In 1814, for example, he produced a sketch of Highland Castle on the Thames Estuary when his courtship of Maria Bicknell was ill-starred. In 1829, a year after the death of the woman he had finally married, he produced a large oil painting based on the sketch. I think that speaks of a great deal of melancholy. 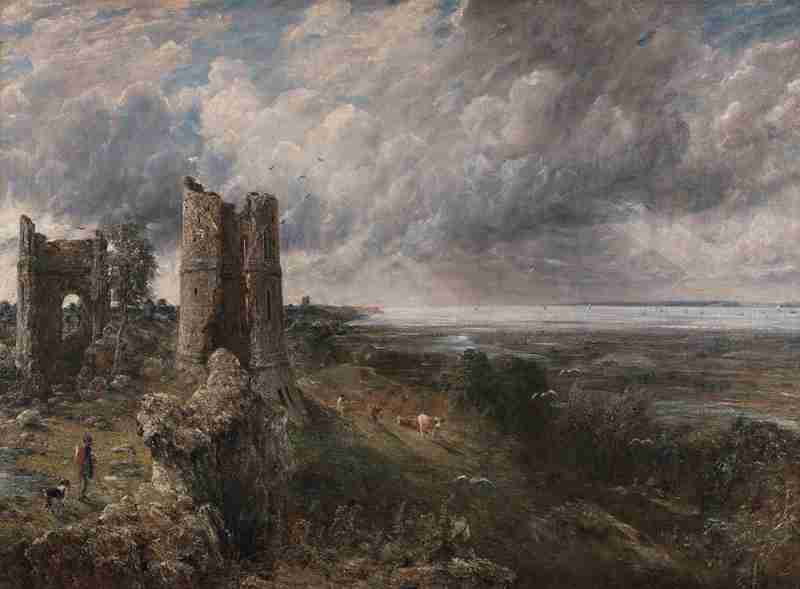 Far more cheerful and with more “eye salve”, as Constable puts it, comes the first picture with the drinking boy, which shows part of Constable’s earlier school walk. Incidentally, the painting was not sold despite the favour it sought and achieved, but it was selected after his death for the National Gallery, then the Royal Art Collection, founded in 1824.

In addition to another complex of themes, I find two or three paintings remarkable. One is probably the best-known picture, The Hay Wain, from 1821, from the National Gallery, which found Géricault’s admiration on the occasion of a Paris exhibition. The vivid design of the clouds in particular then found recognition among the later Impressionists. His choice of colours, for example in the trees, is much closer to nature than comparable works by other artists who, for example, remained faithful to their models, the Dutch artists of the Baroque, with more brownish tones. The complementary contrast of red is deliberately set against the predominant green of the landscape. The brushwork is exact in the details, but more generous in the trees and the water, which also indicates the modern character of the painting for that time. 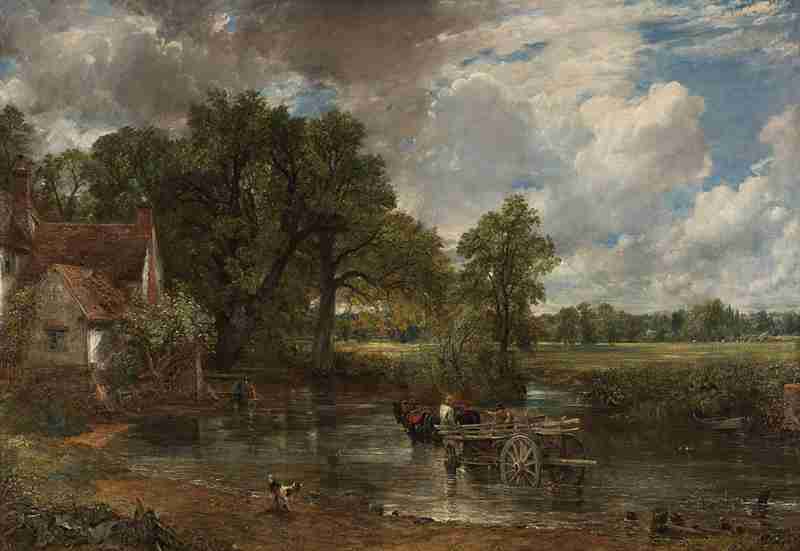 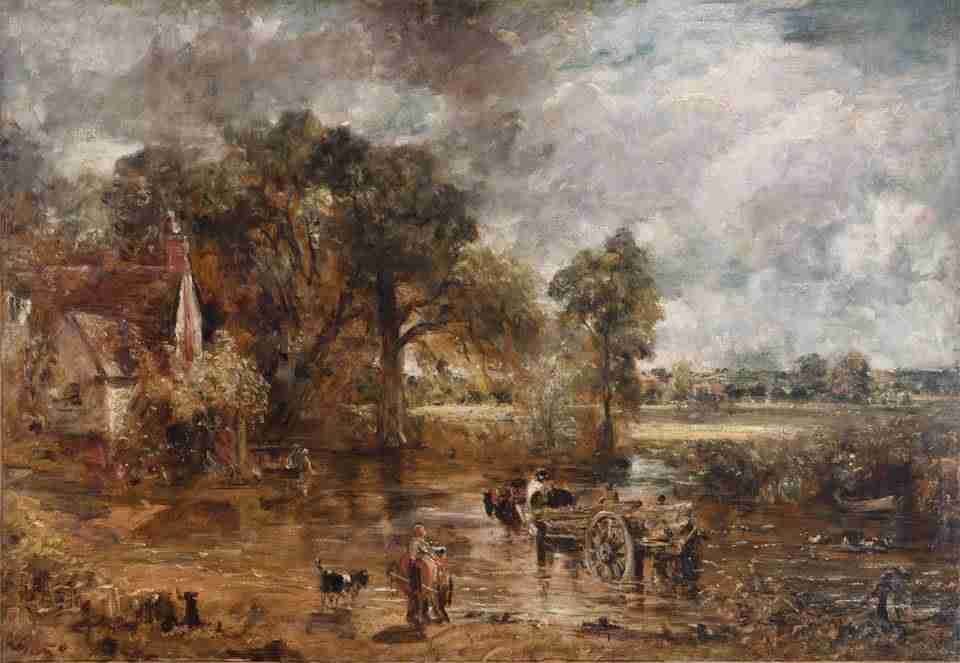 When comparing the paintings, it becomes clear from today’s point of view that even the preliminary studies are, according to the viewpoints of the later epochs, equally perfect paintings in their own way. The reason for his influence on the Impressionists becomes clear here. A modern picture in every respect, which of course could not have found favour with the public of the time.

At the end of this short visit to this artist, I would like to talk about a series of pictures that at first seem to be of secondary importance, the cloud studies. The special nature of his cloud depictions has already been mentioned in “The Hay Wain”. When the family first moved to Hampstead because of Constable’s wife’s already incipient respiratory weakness, he had a fantastic view of St Paul’s Cathedral and the sky. He made numerous quick watercolour sketches of cloud formations in order to be able to depict clouds in the large paintings as he saw fit. 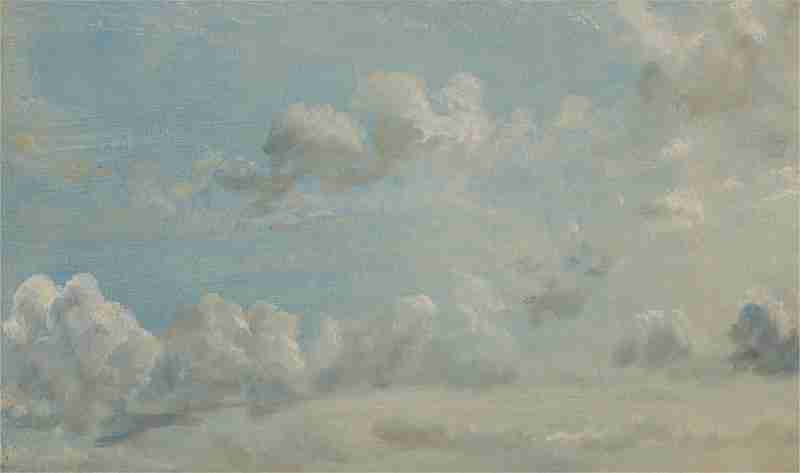 The accompanying text on the back consists of a precise description of the weather conditions. At the latest then one recognises the seriousness of these studies, which come across as light and graceful, but at times also powerful. Painted as preparations for the various backgrounds of his pictures, they represent an independent theme of his art.

The skilful sketching of the cloud formations is documented on the backs of the paintings with precise, almost scientific information. In England, people were interested in objective knowledge of nature because of Francis Bacon’s description, which is why it is assumed that the industrial revolution in the second half of the 18th century originated in England. Constable’s cloud studies can also be seen in this tradition, even if his interest in nature was purely artistic.

Other examples that I would like to let speak for themselves: 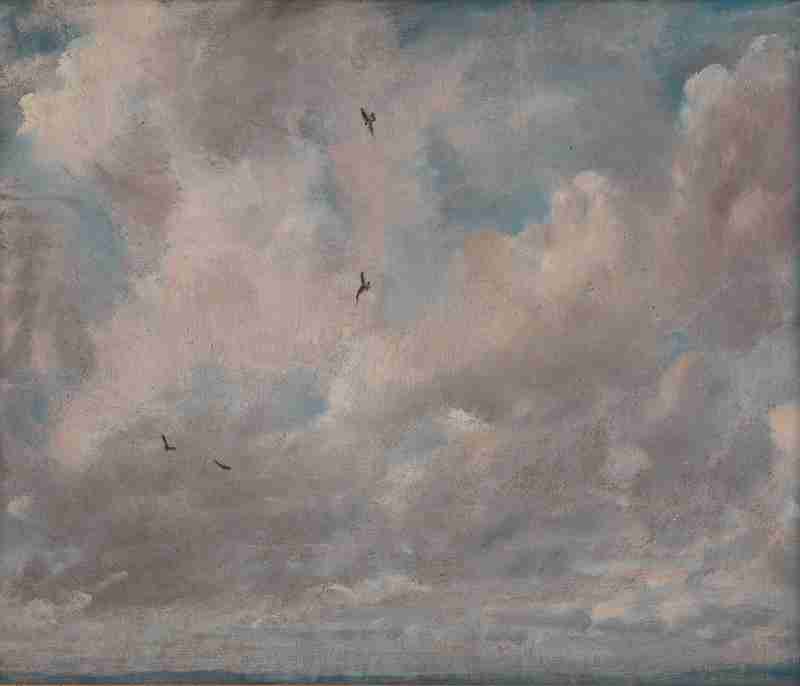 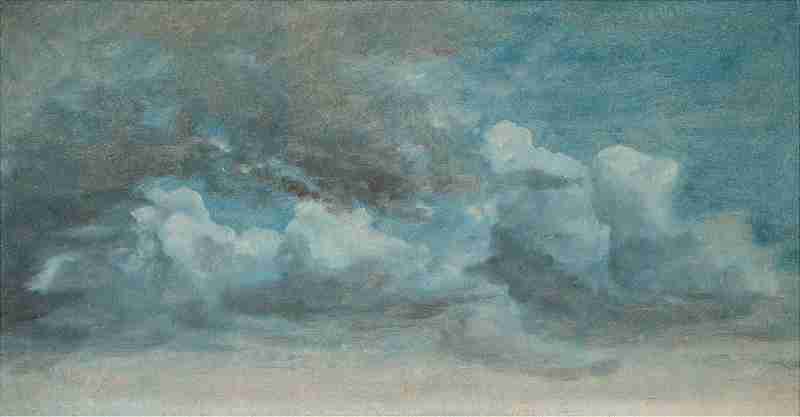 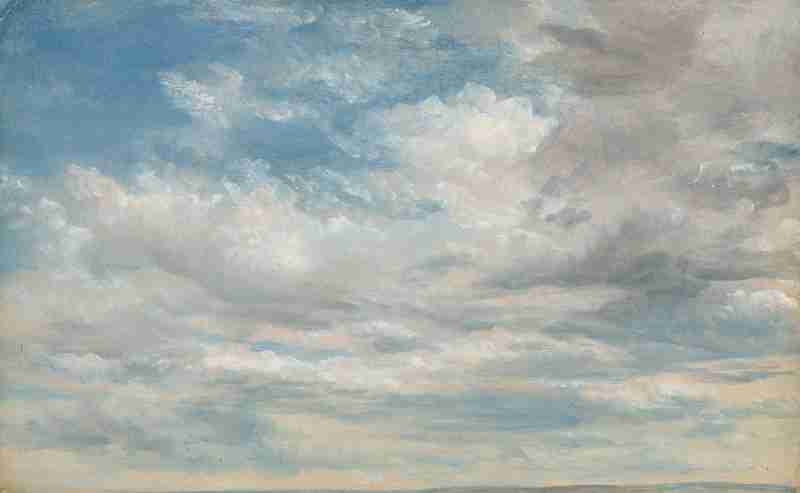