What is actually available from him for us flutists?

On the one hand, there are the 6 sonatas KV 10 – 15. However, these are piano sonatas with an obbligato violin part, which can only be played on the flute after minor adaptations. The title page of the first edition reads: “Six Sonates pour le Clavecin qui peuvent se jouer avec l’accompagnement de Violon ou Flaute Traversiere”. If one then wants to play this solo part on the mentioned flauta, one finds out that some parts are too low for our flute and also some double stops occur. So it must be octavated and the one or other note must also be omitted.

Then there are the beautiful quartets for flute, violin, viola and cello.

The other two quartets, K. 285a and 285b, are not certainly recognized by musicologists, but we enjoy playing them as much as the two previously mentioned.

The flute is also often featured in Mozart’s orchestral works, e.g. in the Haffner, Jupiter and Prague Symphonies.

And then there are the flute concertos.

The concerto KV 299 for flute and harp in C major is a real exception. C major. Mozart composed it, presumably in 1778, for the talented amateur flutist Adrien-Louis Bonnières de Souaster and his harp-playing daughter Marie-Adrienne. At that time, it was not possible to play chromatically on the harp, because the double-pedal harp did not yet exist in its present form. This is probably the reason for the rather rare key and the harp part had to be kept accordingly simple. Only Mozart could create such a grandiose, unagitated, but extremely musical masterpiece under these conditions. If one searches for recordings of this concerto, one always encounters combinations with other instrumentations, because there is no other – known to me – work for flute, harp and orchestra. I then find the combination with the Concertante for violin, harp and orchestra by Louis Spohr beautiful, because he wrote a very nice flute cadenza for our C major concerto.

The flute concerto in D major KV 314 was developed from Mozart’s own oboe concerto. Some passages have become a bit more virtuosic, we find a few more notes in the flute version and the key has changed. Probably the composer was asked for a work by a flutist friend and just did not have the opportunity to compose something completely new.

There is also the amazing Andante in C major, K. 315, which musicologists believe Mozart wrote as a much easier exchange middle movement for the G major concerto.

And then there is this beautiful Concerto in G major K. 313.

Mozart probably composed it in Salzburg in the summer of 1777. The first movement begins with that fanfare-like theme that any flutist can play in his sleep.

The second movement, with its expansive tempo marking Adagio man non troppo, leaves many students puzzled at first in front of the music stand, because basically the first solo measure is an endless upbeat. And the concluding Rondo virtually invites to dissolute practicing: a cheerful theme, quickly one can memorize it, and until the end of the movement there is much to discover.

When I was a young girl, as a reward for winning 1st prize in the state competition Jugend musiziert, my hometown gave me a chance to perform with the Hof Symphony Orchestra. At that time, Gilbert Varga was the principal conductor there and persuaded me to play the Mozart Concerto in G major. I already had the 3rd movement in the competition program, and now there were just under six months left to study the other two movements. My teacher at the time pulled out all the stops to prepare me well. Especially the above mentioned theme of the first movement kept us busy for a long time.

I bounced the way to school in the appropriate rhythm, I annoyed all my friends and family with constantly drumming fingers, I had a Disc-Man in my ear all the time to learn the orchestral accompaniment by heart. The score was in my school bag and as soon as there was time, I pulled it out to study the string parts.

I practiced little else during those weeks, and it just so happened that the new flute I had ordered long before the competition arrived via freight company just two or three weeks before the concert. Finally I had a full silver flute and of course I wanted to use it right away. Today, looking back, I am amazed that I actually switched to the new flute so quickly and that I apparently had no difficulty at all in being “at home” on the new instrument in such a short time. When another new flute came into my life a few years ago, I found it much more difficult.

I can hardly remember the concert itself. My mother tells me that I was not excited. I only vaguely remember the sound of the horns from the back left, because there sat a dear friend in the orchestra who had given me a lot of good advice beforehand. Unfortunately, Gilbert Varga left Hof a short time later and whenever I read his name today, I immediately have Mozart in my mind.

Some years later, during my studies in Munich, I played Mozart’s Flute Dream once again. A church musician friend asked me to play in his magnificent Romanesque-Gothic church with a smaller chamber orchestra …

I did not think long and agreed. This time we had enough time to rehearse. So we were able to discuss articulations and phrasing in peace and quiet and to hone the intonation.

I can still remember this concert very well – the festive orchestral introduction, the first solo entry with the famous theme, the beautiful second movement in which two flutes are also in the orchestra, and the third lively rondo movement, which was much faster this time.

In the first part of the concert program, Mozart’s G minor Symphony KV 550 was on the program.

Surely everyone believes me that several earworms have set themselves up for the next days and weeks.

And then a small note on the side – wherever the 313 appears, I immediately think of the Mozart G major concerto. And there are many possibilities – car numbers, other catalogs of works, parts of postal codes, invoice amounts (gladly also with comma), dates. This doesn’t happen to me with any other work. Strange…

More about the flute 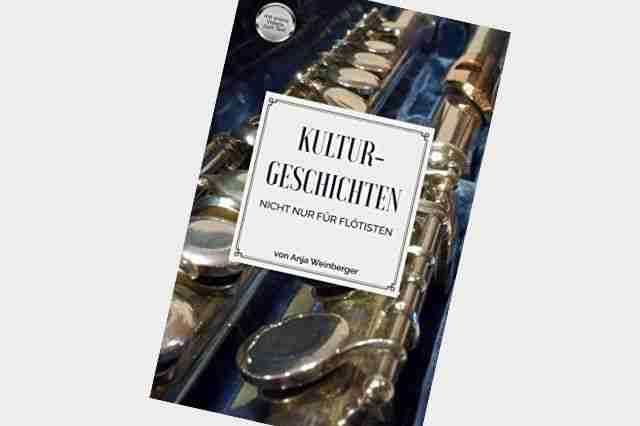 A whole book about the flute

Do you always want to be informed about our latest activities?
Der Leiermann