Today I would like to speak of an official, a section head even, who does not serve the usual prejudice and who shows that the most beautiful flowers bloom in the strangest places.

It is the story of a man who, in his meagre free time, found the muse to compose works of incredible beauty. Stage plays of such power, with such a wealth of melodies and colours, that even today, after more than a hundred years, they still delight the hearts of the people.

I am of course talking about Carl Zeller, the creator of the operetta “Der Vogelhändler”.

He was born in 1842 as the son of a well-known Viennese doctor and came into contact with the culture of this city at an early age.

Already at the age of seven he sat at the organ, learned to play various orchestral instruments and sang the soprano solos at church festivals. So it is not surprising that he soon joined the k.u.k. Hofsängerknaben very soon.

There he had the good fortune to learn from the famous music theorist Simon Sechter, who had already introduced Franz Schubert and Anton Bruckner to the basics of music.

However, Carl Zeller suffered from health problems at an early age. He himself complained of stabbing in the chest while singing, whereupon he was declared unfit for service as a court choirboy after a medical examination.

However, as he was an extraordinarily intelligent and diligent pupil, he received a scholarship of 300 gulden, which secured his further career.

He studied law and composition at the same time, and then joined the Austrian Ministry of Education and Culture as a civil servant, where he eventually became head of section.

Contemporaries spoke appreciatively of his elegant appearance. Thanks to her and his winning manners, he was quickly accepted into the best society, where he was considered a gifted storyteller who liked to underline his speeches with witty ideas.

In his spare time he composed his first works for the stage, at first leisure and at long intervals. But in the 1870s, as his inclinations increasingly turned to music, he became more and more caught in a conflict between his vocation and his livelihood.

But he always remained true to the motto of the old Habsburg nobility of civil servants: “The civil servant has nothing, but he certainly has”.

He even turned down the post of director of the Vienna Court Theaters. Financial security as a civil servant was apparently more important to him than the intellectual freedom of an artist.

But we must not see in him an ossified civil servant’s soul, but rather a person who needed a firm point of reference in order to be able to cast his dreams in music all the more surely.

Unfortunately, he did not grow very old. Due to a nasty fall, he suffered muscle atrophy, which affected his spinal cord and eventually made walking and talking impossible.

So he died, embittered and without the consolation of making music, in the late summer of 1898.

Despite his early death and the fact that he was only able to compose in his spare time, he stands on an equal footing with Carl Millöcker, Franz von Suppé and Johann Strauss, the three grandmasters of Viennese operetta.

The most famous work from his pen, which is still one of the most popular of the genre today, is “Der Vogelhändler”. Written in 1891, it was performed more than 180 times in a row and can still be seen on stages all over the world.

With “Der Vogelhändler”, Carl Zeller has succeeded in creating the prototype of the Austrian homeland operetta, written for an urban audience for whom he evokes a rural, transfigured past.

Tyroleans who have forgotten their traditional costumes meet self-confident noblemen who are close to the people, a nature boy sings a love song in duet with a countess and the choir of the villagers laughs at the capers of the nobility. All of this is surrounded by waltzes and country dances, which are sure to drive you to your feet as soon as you hear them for the first time.

You only have to listen to Adam’s performance as he hurls his self-confident “Griass ench Gott” out into the world to understand why this operetta took the hearts of the Viennese by storm.

Beyond that I do not want to tell anything about the work.

Nothing about Zeller’s mastery, his grandiose architecture, especially in the ensembles and choral scenes, or about the dramatic momentum in the expansive finales of the I. and II. Act I and II.

Nor about the artistry of the libretto and the wit and repartee with which the individual figures are drawn.

These things have to be experienced and felt by the audience, and I invite you to experience them for yourselves! 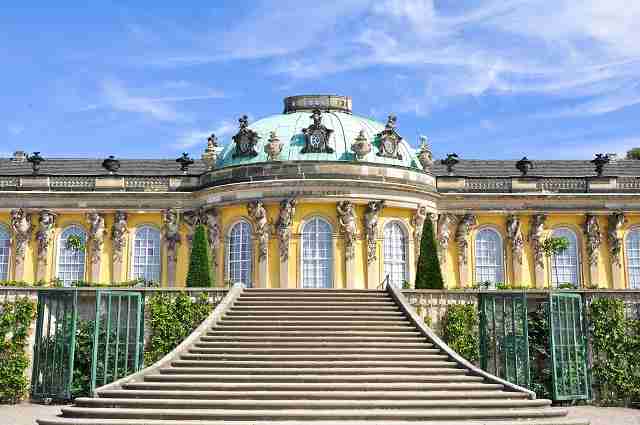