The death of Marat

From agitator to hero – “The Death of Marat”

This is already the second time that Jacques-Louis David has painted a murdered man – and once again he is not only pursuing artistic goals. When Louis-Michel Le Peletier de Saint-Fargeau is stabbed to death by a former soldier of the King’s Life Guard in Paris on 20 January 1793 – three days earlier Le Peletier had agreed to the execution of Louis XVI in the National Convention, although opponents of the death penalty had been opposed to it until then – David reaches for his brush. A few weeks later, after the completion of this painting, the painter exclaimed in Parliament: “The true patriot must eagerly use all means to enlighten his fellow citizens! The painting as part of political agitation, art as a tool of ideology – this was a conviction David had fully grasped.

Jacques-Louis David, born in Paris in 1748, represented motifs of antiquity and Christian saints as a royal court painter during his first creative period – which also enabled him to spend several years in Rome as a scholarship holder. “Nothing in the world is as powerful as an idea whose time has come” Victor Hugo once wrote – the artist David also let himself be carried away by the ideals of the revolution in France, became a fervent supporter of the idea that the old, the power of the king, the nobility, the church, must be ended once and for all and the new age must now be shaped. As a Jacobin and a member of the “Security Committee”, he was one of the decision-makers of the revolutionary years, but the overthrow of his ally Robespierre also meant the end of his political activities.

“The Death of Marat” – described by David himself as his most important work – shows the dying editor of “Ami du peuple”, a convinced fanatic of the idea of a new France. Charlotte Corday had stabbed him with a knife she had bought especially for this purpose, in the firm determination to put an end to the life of this propagandist of the Revolution. Corday herself was not averse to the revolution against Louis XVI – in the early years she placed her hopes in the Girondist party, which was considered moderate and pursued the goal of a constitutional monarchy: in October 1792 one of the leaders of the Girondists declared that now only the fight against anarchy in France was to be fought. The aim of restoring security and peace to the country was, however, contrary to the will of the Jacobins and radicals, who henceforth considered the Girondists to be among the opponents of the Revolution. 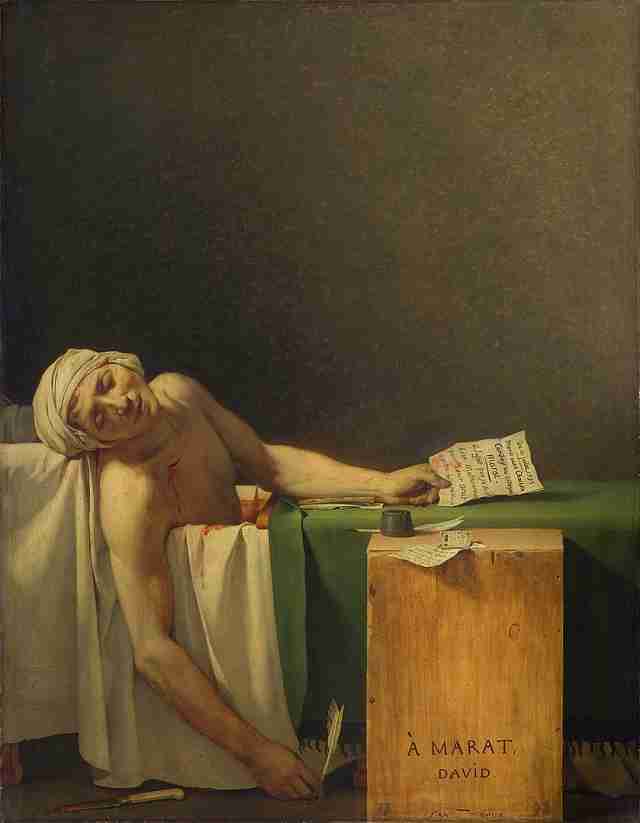 Whether it was the Old Testament Judith who saved the people of God Israel by murdering the Assyrian commander-in-chief Holofernes, who became the model for Charlotte Corday? This biblical book was undoubtedly familiar to her after she had lost her mother when she was a teenager and had been given into the care of an abbey in Caen by her father. For many weeks she planned the trip to Paris and the assassination of Marat, even the date originally planned (the third anniversary of the storming of the Bastille) was to be a clear sign against the rule of the radicals in France. “To France’s friends of law and peace” was the title of her farewell letter, which she left in her room at the “Hotel de la Providence”.

Only after several unsuccessful attempts did Corday reach Marat, whom she had initially suspected at the National Convention. Suffering from a serious skin disease, which Marat himself attributed to his prolonged stays in the Paris sewers during the struggle against the old system, the journalist of the Revolution, however, retreated for hours into the bathtub of his apartment. It was there that Corday met him: first, as she herself reported during her trial, she gave him some names of girondists whom she accused of high treason. When Marat had eagerly noted down all the names and immediately promised her that all those named would be executed shortly, Corday stabbed him so deeply and violently that only the wooden handle of the knife protruded from his chest. Marat succumbed to his injuries within minutes. “Five or six hundred noble heads were chopped off and gave you peace and happiness,” he once admonished the people in his own newspaper, “a false humanity paralyzed your arm and held back your beating, it will cost us the lives of millions of your brothers. Instead of the guillotine, as was the case with many of his comrades-in-arms, Marat’s life had now come to an end by the stabbing of a lady. 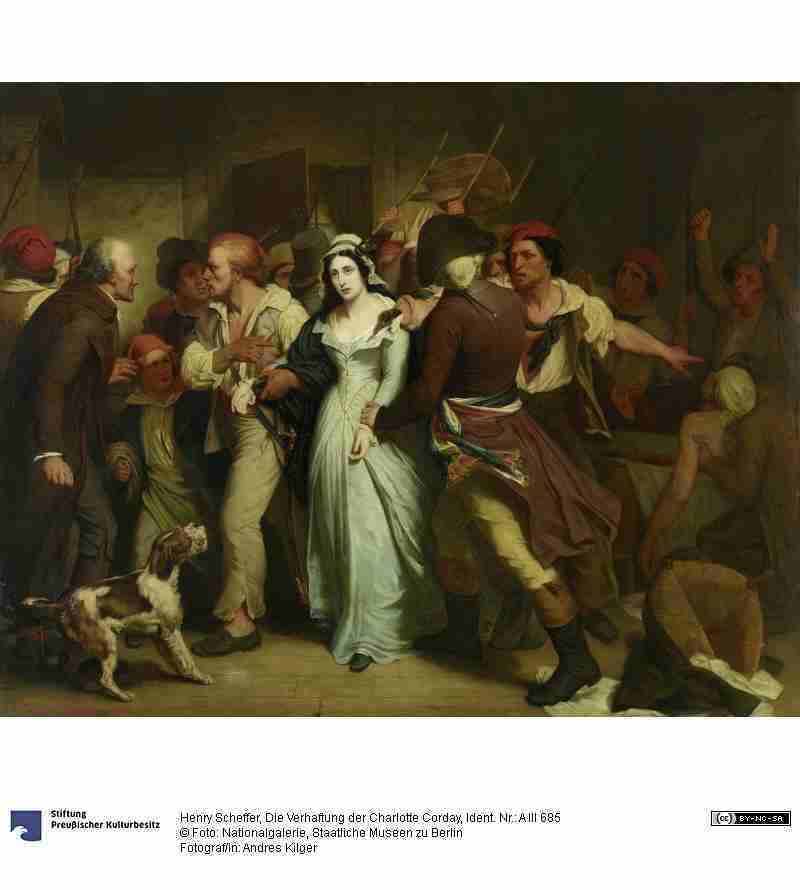 Only four days later Charlotte Corday is convicted and executed by guillotine on the evening of the same day. Eyewitnesses report that she is approaching her execution in a state of composure – the hatred for the assassin, who courageously told the Revolutionary Tribunal that she had “killed one man to save hundreds of thousands”, is expressed in wild abuse by the crowd on her way to the scaffold. Even the severed head is still the victim of blows from an executioner. Legend has it that the body of the Corday found its final rest in a mass grave, but her head changed hands several times like a trophy and is said to have been in the possession of the Bonaparte family in the middle of the 19th century.
It is Jacques-Louis David who from now on takes over the staging of the death of one of the – in his view – undoubted heroes of the revolution: Marat is laid out in the convent church of the Cordelières (the convent was dissolved in 1790), the murdered man’s bathtub and towels are exhibited next to his body; the all too obvious decomposition of the dead body in the summer heat is counteracted with constant moistening. In 1794, the deceased – initially buried in the cloister of the former monastery – is exhumed and given an honorary burial in the Pantheon, where he is removed again the following year, primarily for formal reasons, but in fact because less radical forces of the Revolution had prevailed: Marat, as the mastermind of a radical ideology, remains the plaything of political action even after his death.

On October 16, the year of Marat’s death, however, a large procession accompanies the painting created for the memory of the revolutionary to the Louvre, from where it is transferred to the meeting room of the National Convention after a few weeks. Marat, depicted in the last moments of his life, shows clear similarities in his friend’s work with the depictions of Jesus at the Deposition of the Cross or with the Pietà – no coincidence, but rather the artist’s recognizable will to make the death of one of the most radical agitators of the Revolution a tool of propaganda. Revolutionary France had to defend itself against opponents from outside – in the form of numerous neighbouring states – but also against those from within, and from the political painter’s point of view, such a death could only be used to strengthen and radicalise the ideology that now rules.

The trial and execution of Maximilien de Robespierre marked the end of a particularly radical phase of revolutionary rule. In 1795, Robespierre’s friend and supporter David was able to leave prison thanks to the efforts of some of his students. A few years later, Napoleon’s reign marked the beginning of his third artistic phase, of which his depiction of the French Emperor on the great St. Bernard still enjoys great renown today. Again, however, the political change also meant change for the artist: in 1816 he had to leave the country, refusing both the path of the plea for mercy to the King of France and the offer of the Prussian court to become active there. 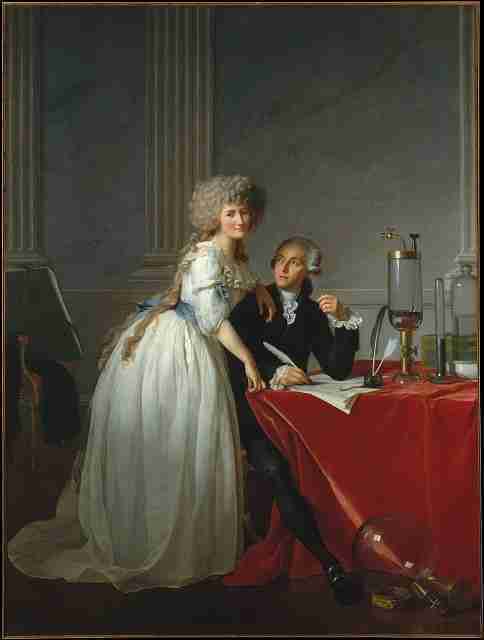 He died in Brussels in 1825 and kept the painting “The Death of Marat”, which he took with him into his exile, with him until the end. In 1893 the work was handed over to the Royal Museum in Brussels; attempts by French governments to purchase it had always been refused by the artist’s family.

According to contemporary reports, Marat had a view from his bathtub of a large map of France on the opposite wall: the revolutionaries’ urge to radically transform this country was increasingly turning into a reign of terror, which finally destroyed itself. “That I am very unhappy is enough to have a right to your goodwill” – Charlotte Corday had written these words down and handed them over to Marat as a letter a few moments before the assassination. David had literally adopted this formulation in his painting. The search for happiness for the many of the people had indeed been followed in the brutal reign of terror of the Jacobins by the misfortune of thousands and only a very limited period of benevolence for the few. 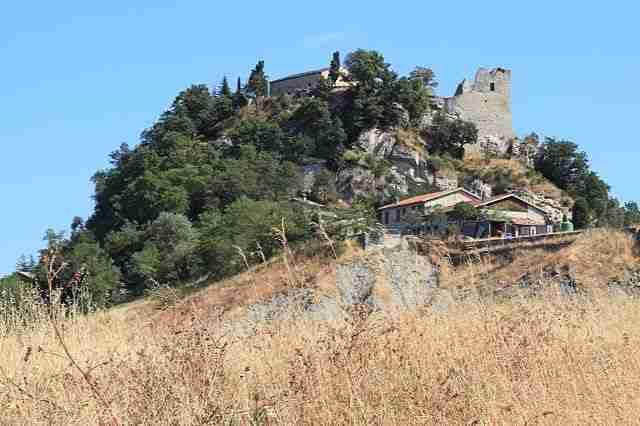 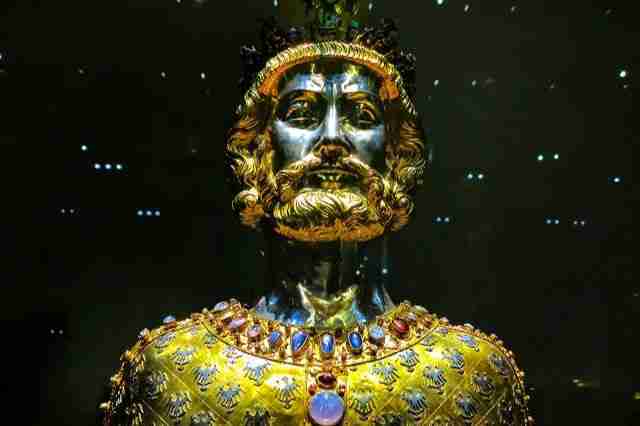