The history of Austria – early period

We know relatively little about the early times in Austria, because there were no written sources yet. Therefore, we depend on archaeological finds that can show us more about the past.

The first traces of humans can be found as early as 180,000 BC on the edges of the Alps, which were still glaciated during the Ice Age, especially in Upper Austria. The finds are mainly Stone Age tools, such as hand axes.

The most famous finds are probably:

The Venus from the Galgenberg: the figurine found in 1988 at the Galgenberg in Lower Austria is the oldest art object in Austria. It is estimated to be 36,ooo years old. It is a small female figure (7.2 cm tall), which is why it is called Venus. Because of her dancing posture she is also called Fanny, after the Viennese dancer Fanny Elßler (1810-1884). It is now in the Natural History Museum in Vienna.
The Venus of Willendorf: it is a statuette 11 cm tall and almost 30,000 years old. It was discovered in 1908 and is considered the most beautiful Venus figurine. It can also be seen in the Natural History Museum in Vienna.
“The Iceman”: on January 19, 1991, the ice mummy “Ötzi” was found in the Italian-Austrian border area. The 5300 year old “Man from Hauslabjoch” can be seen today in the museum in Bolzano (South Tyrol). 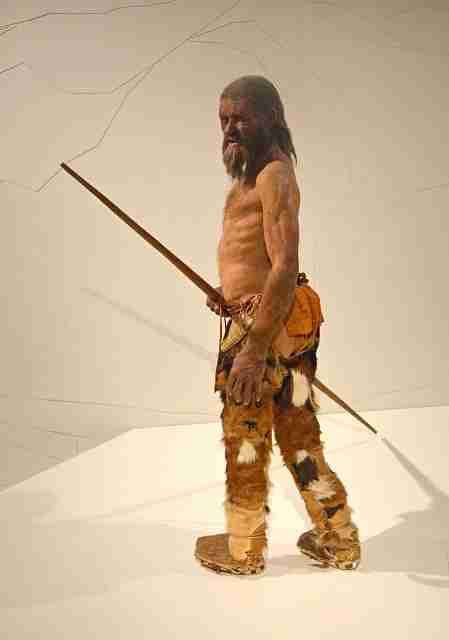 The pile dwellings: the prehistoric pile dwellings are wooden buildings that are not directly on the ground, but are raised by piles. These 6000 year old structures have been preserved in Austria at Lake Attersee, Lake Mondsee and Lake Keutschacher. In 2011, they became a UNESCO World Heritage Site “Prehistoric Pile Dwellings around the Alps.” But since the total of 111 pile dwellings in the Alpine region also extend across Germany, France, Italy, Slovenia and Switzerland, they form a cross-border UNESCO World Heritage Site.

From 800-400 B.C. the Hallstatt culture develops: thus we are in the Iron Age, which is named after the most important places where iron was found: Hallstatt and La Tène. Besides iron, salt was an important commodity, which was mined in the salt mines of Austria. However, after the Romans conquered the area, sea salt was imported and salt mining in Austria was stopped for about 400 years.

From 400 BC the Celts settled large areas, of which we still have many finds.

There are numerous research institutes and university courses that deal more closely with the early period of Austria.

But we now progress and come to the time of the Romans.

The Romans were a world power, occupying Italy, Spain, large parts of Africa and Arabia. In the 1st century B.C. they dared to advance over the Alps. Their goal was to conquer Central Europe – we know the story of Roman occupied Gaul. All of Gaul? Or wasn’t there a small Gallic village that resisted? But this is another story.

In any case, further north they were to have great problems. In 9 AD there was a devastating battle in the Teutoburg Forest where the Cherusci destroyed three Roman legions (about 18,000 men). You may also know this battle as the “Varus Battle” because the Roman commander-in-chief was named Varus.

After this defeat the Romans retreated behind a border line at the Rhine and the Danube, which they tried to defend from now on for 400 years. This was the reason for the establishment of many legionary camps along this border: in Austria, especially known are Vindobona and Carnuntum.

The peoples who had lived here before, mainly Celts and Raetians, were integrated into the Roman Empire – partly they joined the Romans, partly they were conquered. Around 15 BC, the Celtic kingdom of Noricum was annexed by the Romans. 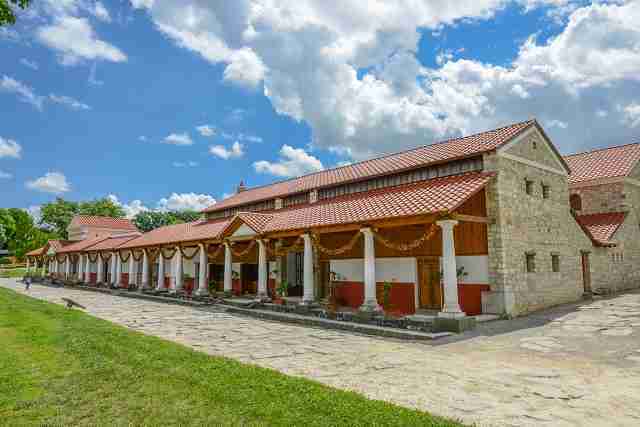 The Romans divided the present Austrian territory into three provinces:

Raetia in the west, Noricum in the center and Pannonia in the east.

Roman camps were all laid out in the same basic structure so that soldiers could always find their way easily.

The center of the camp, the “groma”, was marked out and from there the camp streets were laid out in a straight line. In the center were the administrative building (“principia”) and the command building of the camp prefect (“praetoria”). There were also caserns, the hospital (“valetudinarium”), baths and workshops.

The camp was secured by a wall and a moat. The moat in Vienna, for example, still bears this name and shows the approximate course. Before that, there was actually always a “canabae” – the camp suburb. In this partly the families of the soldiers settled, because they were not allowed in the camp, but also many people who could earn their money by the proximity to the camp: Craftsmen, innkeepers, prostitutes, etc.

Furthermore, there was the civil town, where the simple population lived. All areas of the Roman settlement were supplied with water by aqueducts.

Tip: in the middle of Vienna there is the Roman Museum, which shows finds from the former legionary camp Vindobona and explains the history of Roman Vienna well. It was built over two tribune houses, which you can visit in the basement of the museum. These were discovered in 1948 during canal construction works at the Hoher Markt.

But what are tribunes? Tribunes were political and military officials of the Romans. There was, for example, the tribune of the people, who was a political representative of the people. But the tribunes who lived in the legion camp were military tribunes. These were higher officers of the army. That office was also part of the official career of Roman nobles: if they aspired to a political career, they had to have passed through certain offices. Among these pre-senatorial offices was also the military tribunate, which was to be carried out at the age of 18 to 25. The military tribunes had their own quarters in the camp, with up to about 1600 m² of living space, while the common soldiers lived in barracks, in which 8 soldiers lived on 40 m².

In 106 AD, Pannonia was divided in two, with Carnuntum becoming the provincial capital of Pannonia Superior.

Tip: Carnuntum in Lower Austria is now an open museum site. You can see much of the excavations, some things have been reconstructed and there are annual Roman festivals. It is worthwhile to stop by there.

From 166 to 180 AD the Marcomannic Wars took place. These were wars of the Romans against the Germanic tribes invading the Empire. Emperor Marcus Aurelius fought a total of 3 Marcomannic Wars, during which the legendary “Rain Miracle in Quadia” took place, which is depicted not only in Rome, but also in Vienna on the Providentia Fountain by Georg Raphael Donner on the Neuer Markt. In it, the gods are said to have helped Marcus Aurelius against the Germanic tribes by bringing down a terrible storm on the enemy.

In 193 A.D. a Roman emperor was proclaimed on Austrian soil: namely Septimius Severus by his troops in Carnuntum. This was followed by a period of economic prosperity for the Pannonian territories. 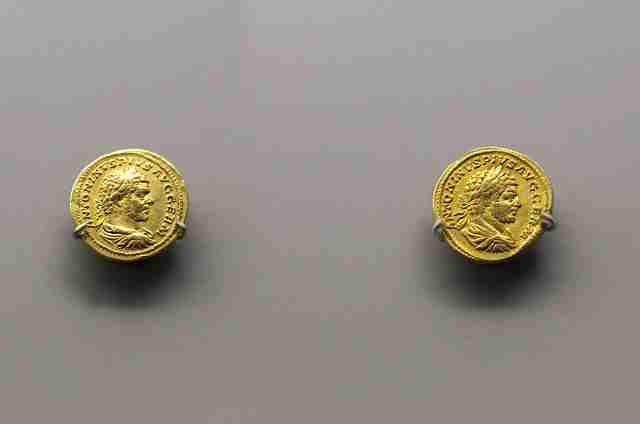 But in the middle of the 3rd century numerous border conflicts and even secessions from the Roman Empire occur. It is a turbulent time, in which there will be about 50 different emperors in only 50 years, as they are deposed or assassinated.

Among them is the emperor Probus (r. 276-282), who occupies a special position in Austria because he is considered the emperor who allowed the cultivation of wine in the provinces. Nevertheless, he was also murdered: stabbed by his soldiers during an inspection of troops.

In 313 A.D., the Edict of Milan officially recognized Christianity. There are two saints who worked on today’s Austrian soil and were Roman citizens: they are Saint Severin and Saint Florian. Saint Florian lived before 331 and was executed as a Christian martyr. To this day he is the patron saint of Upper Austria and the patron saint against fire and disaster. Thus, he is one of the most frequently depicted saints in Austria. Saint Severin was a missionary of late antiquity on Austro-Bavarian territory, whose bones were brought to Italy by order of Odoacer and give the name to the place San Severino.

Finally, in the 5th century, the Romans gradually leave the Austrian territory.

From now on there will be no news about this area for about 500 years.

The Roman culture, its roads, aqueducts and so much more, shaped the area for a long time and the Roman influence lives on until today. The well-developed Roman road network meant that trade could flourish and towns in Austria could develop.

At the time of the monarchy, people were very much aware of the importance of antiquity: they decorated their palaces with allegories and symbols from the Greco-Roman sagas, taught Greek philosophy and actively made connections with the rulers and heroes of antiquity. These representations still decorate many Austrian cities today.

We have also preserved countless ancient objects in Austrian museums. For example, the second largest collection of papyrus in the world is located in Austria! There are also numerous finds from Ancient Egypt, Greece and Rome in the Kunsthistorisches Museum or the Ephesos Museum in Vienna. I could now list pages and pages of museums and showpieces, but I spare you that. Who is interested in it more can learn more about it in individual articles or in my book.

The ancient world surrounds us also in Austria constantly, even if we are not aware of it.

We continue our story in the next chapter: Austria in the Middle Ages! 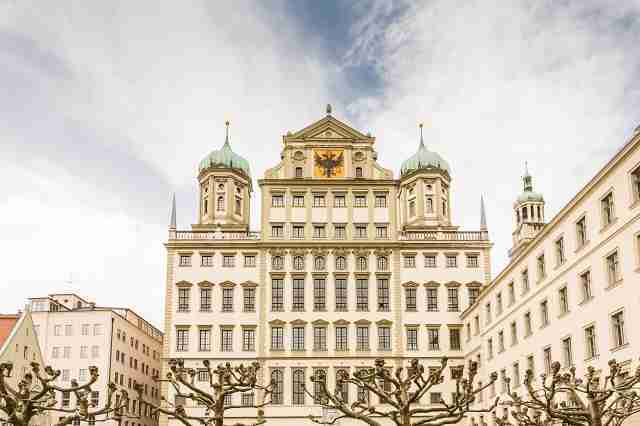