The history of the guitar is full of breakdowns and detours, times of sinking into oblivion and its resurrection thanks to small circles of enthusiasts. Far from being a success story, such as the history of the violin or the piano, it is yet worth to deal with her and to be brought to a wider public.

Because apart from its interesting history, it has a wonderful and rich literature, especially if the works of their related instruments such as vihuela or lute are also taken into account.

Moreover, it is one of the most versatile instruments and, like all real folk instruments, it has the ability to always adapt to contemporary tastes and styles, such as flamenco or jazz and blues.

But despite all this, the classical guitar has always been overshadowed by other instruments and has had to fight for its place in the music world since its invention.

One of the guitar’s immediate predecessors, the lute, had it easier. It was one of the most popular and most played instruments during the Renaissance and long after that.

But at the end of Baroque, the taste in music changed. Put simply, instead of the contrapuntally dense notation, a new kind of composition emerged, and this one favored a dominant treble with a simple accompaniment.

For this purpose, melody instruments such as the violin or flute were much better. The improvement of these instruments included an increasement of their volume, turning piano and orchestra into a preferred accompaniment.

The lute, however, could not adapt to the change of taste and disappeared almost completely from the musical industry.

Now it would actually be the perfect time for the guitar to shine. But since this instrument stood diametrically opposed to the Zeitgeist, there was no chance.

Nevertheless it developed into a solo instrument. And even if the guitar always remained in the role of an outsider, it never completely disappeared.

This had to do with the fact that there were always musicians who mastered this instrument virtuoso and wrote compositions for themselves. Thanks to their continuous play and work, the guitar was brought to the public eye over and over again.

How the guitar evolved, what kind of early forms of plucked instruments there are and why the lute had such a valuable status; those and more questions I will address in a later chapter.

Today I would just like to share a brief overview of the most important trends since the Viennese Classic and show you why the guitar, despite all its problems, has not yet disappeared from our concert halls.

As already mentioned, there were always individual personalities who pushed the development of the guitar and anchored it in the consciousness of a broad public.

Yet, there are two currents that affect the high guitaristic.

The two main directions of a classical guitar

For one, there is the Italian school initiated by the Italian Mauro Giuliani, who settled in Vienna around 1800. He was the first one to show the inhabitants of the German-speaking countries what a guitar is capable of.

And secondly, it is the Spanish school which has the strongest influence to this day, because there is a direct line from F. Sor to F. Tarrega and up to A. Segovia, who turned over a new leaf in the history of the guitar in today’s time.

M. Giuliani must have had a tremendously engaging personality and both an extraordinary musician and a brilliant virtuoso. Because when you flip through old newspapers, you see him suddenly appear like a meteor in the sky of art, conquering the hearts of all listeners with his play. 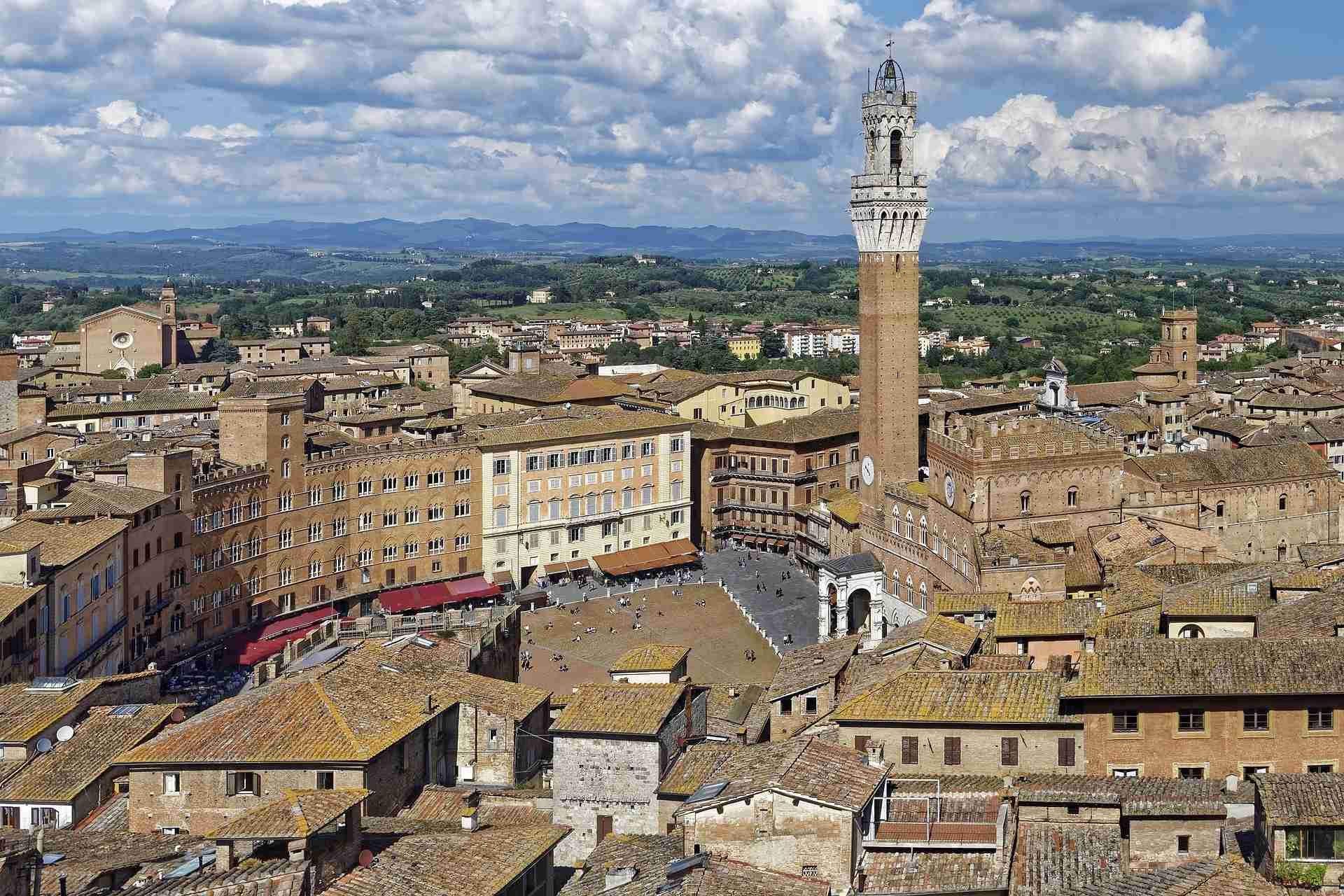 Soon after settling in Vienna, he hogged the limelight, became the musical hero of the day and enjoyed more fame and earned more gold than any guitarist before or after him.

He raised his instrument to an astonishing level of technical perfection, and he his works assured him a continual existence and development.

As an outstanding personality among his contemporaries and fellow players, of course there were many imitators, and several generations could benefit from his works.

But the instrument was not deeply rooted among the people, so despite all efforts of successors such as Molitor, Diabelli or Mertz, it did not have a long-term effect. Instead, the guitar disappeared into the insignificant shadow Giuliani had brought it from.

Spain, however, was the country where the guitar was earliest at home and where it is still the national instrument.

Its heyday began with the founder of the modern Spanish school, the guitar virtuoso Dionisio Aguado. His influence was often underestimated, but he prepared the perfect foundation to make a rising star like Fernando Sors shine.

With this virtuoso and composer, the guitar was able to experience the climax of its development so far. Sors was also known as the “Beethoven of the guitar”; not because his compositions are similar to Beethoven’s works, but because he stood far above all his fellow contemporaries.

This had a lot to do with his education. Because unlike most guitarists of his time, he could enjoy a profound education in the Montserat Monastery, where he was educated as a musician and not just as a specialist of the instrument. He learned about music on the basis of church music and composed not only works for guitar, but also operas, ballet music and much more.

This is also noticeable in his works for the guitar. Its polyphonic classical style, rich ingenuity and fluid musical line raise the guitar far beyond anything that has been composed for it before.

Thus, the Spanish school of the six-stringed guitar has had its most distinguished representatives, the two great masters Aguado and Sor. It enjoyed the spotlight these two masters left behind for a full century.

But the next generation had nothing to add to the work of these two, and so the guitar disappeared from the public eye in Spain, even by rooting in the population the tradition if the tradition never truly died.

This was also reflected in the works of a pioneer of the modern classical guitar, the Spaniard Francisco Tarrega. He learned to play at the schools of Aguados and Sor.

Tarrega is a role model for all those who value music more than the external success. He was a brooder, an enthusiast who dotes on his instrument, the guitar, and gave his life for it. He was constantly looking for new ways to play the guitar, and how to transcribe works by other instruments for it.

He also concerned himself with the shape of the guitar. So much so that, together with the guitar maker Antonio Torres, he created the current form of the guitar with its large body and volume so it was finally suitable for larger concert halls.

Thanks to him, a new heyday began. He had an impact on a whole generation of guitar players who spread his teaching method and his works throughout the world.

One person who has never been direct pupil, but whose technique was still based on Tarrega’s, was the Spaniard Andres Segovia.

The self-educated musician also learned a lot from the works from Sors and Tarrega. But unlike the latter, he was an extroverted person who conquered the world’s concert halls within a few years and brought the guitar back into the limelight.

Everything we know about the classical guitar today, how it’s used in solo concerts, its repertoire, its role in today’s music world, its importance as a solo instrument, its position in our world, all this we owe to the work of this one man.

Not only was he a constant ambassador of the guitar, he also inspired many composers to create works for the guitar. We can consider ourselves lucky that a myriad of wonderful works for guitar was created during the first half of the 20th century.

After his death, there was a gazillion of other significant interpreters, but they could no longer achieve a unique position like Segovia’s. Mentionable names are J. Bream, J. Williams or N. Yepes. Barrueco.

How is it today?

Today, the guitar stands at a crossroad again. There is still an incredible number of great performers, maybe even more than ever before, yet the guitar disappears from the concert halls and loses attractiveness again.

But this time, it’s a bigger crisis, because not only the classical guitar has to experience a crisis, but the entire classical music. Or, more precisely, the entire culture of the Western world is in a self-inflicted crisis.

This raises one important question: Can our culture recover, or has it changed too much?

And it also raises the question, what role the classical guitar will have in the future. Will it become an instrument for lovers again? Or, even worse, will the guitar only remain for plays in rock bands and as an easily playable instrument among teenagers?

Forgetting the beauty of what a guitar has to tell us. Left behind as a dull reflection of old recordings, but not where it’s on stage and in the concert halls of this world.

Or will someone like A. Segovia reappear and change tack?

As I said before, history is never established and we are the ones that can form it into shape. And perhaps the masses have yet to see that a new heyday of the classical guitar will rise. 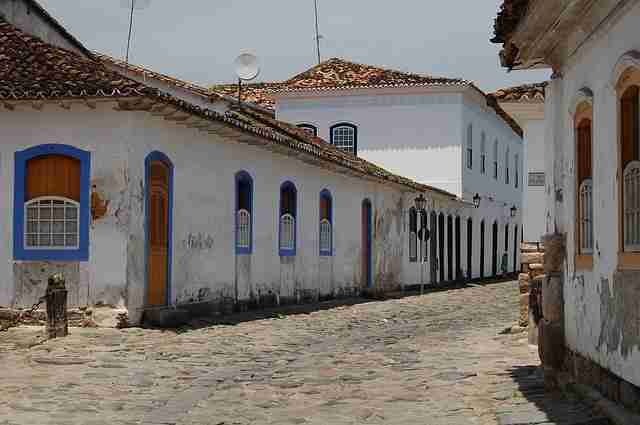 The story of the wonderful Ida Presti