The life of D’Artagnan

Even though the world is spinning faster and faster from year to year and we seem to be losing more and more parts of our history, whenever a few boys with a bright red head and a few sticks face each other, this call will ring out like a fanfare through the centuries.

And again and again, the king’s musketeer will rise from the dust, knock the stale and musty clothes off and, with his hand on the knob of his paw, look out for new adventures.

For invented by the French author Alexandre Dumas and since then disseminated in countless dime novels and television films, the musketeer d’Artagnan (together with his friends Athos, Porthos and Aramis) is one of the modern archetypes of our culture, comparable only to Don Quixote or Prince Hamlet.

But what few people know is that the figure of d’Artagnan is based on a historical figure whose life was at least as interesting as that of the novel character.

Charles de Batz-Castelmore, called Comte d’Artagnan, was born sometime between 1611 and 1615 as the youngest of eight children at Castelmore Castle in Lupiac in Gascony.

His father came from an old merchant family that acquired the estate and castle of Castelmore in the middle of the 16th century and thus rose to the small nobility (la petite noblesse).

His mother Francoise de Montesquiou, on the other hand, was a member of the influential Armagnac family, a dynasty whose roots can be traced back to 960.

Thus he seemed to have understood the best of both worlds for the life he chose – the ambition of the citizen to work his way up and at the same time the conviction of the ancestral nobility, who saw their true role only in serving king and fatherland.

D’Artagnan’s life falls into one of the most turbulent periods in French history.

Only two decades earlier, the Edict of Nantes had settled the old conflict between Catholics and Huguenots. Henry IV converted to Catholicism, integrated the French Protestants into society and thus created the basis of the French unified state.

But when he died in 1610 in an assassination attempt, most of his plans were still in their infancy and his heir, Ludwig, who was destined to complete his life’s work, was a boy of only nine years. 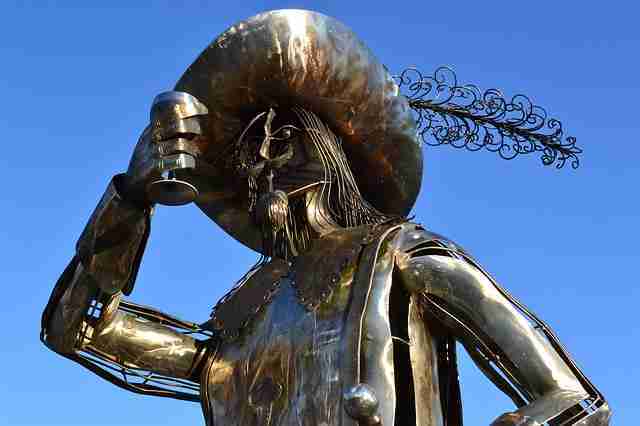 Thus his widow Maria de’ Medici, supported by her favorite Concino Concini, took over power, while Louis XIII, who was considered a simple-minded boy, was kept away from all duties.

But there was more in the boy than it seemed. For behind a skilfully worn mask all his rage and a will to rule gathered, which made him seize power in 1617. An event that meant death for Concini and long years of exile for Ludwig’s mother.

But this also paved the way for the greatest minister France had ever had, Cardinal Richelieu.

It was he who enforced the absolute power of the king, pacified the country and cleared the way to make France the central power of Europe alongside the Habsburg Empire.

In this world now the first of three novels is set around the Musketeer d’Artagnan and his friends.

The background is the subliminal conflict between France’s first minister and Anne of Austria, the wife of Louis XIII, which culminates in Richelieu’s attempt to bring the king’s wife to commit adultery.

This story is surrounded by a lively roundel of excitement, adventure and love affairs, culminating in d’Artagnan’s appointment as musketeer.

In the real world, Charles de Batz-Castelmore moved to Paris around 1640 under his mother’s surname (d’Artagan), which was better known in courtly circles, where he wanted to join the Musketeers, like his older brothers. But he was denied this privilege for the time being due to his lack of military knowledge.

Jean-Armand du Peyrer, Comte de Treville, however, the commander of the first company of musketeers and a close friend of the family, used his influence to place him in the regiment of the “Gardes Francaises”, one of the two infantry regiments of the royal guard, that same year.

During the following years, an epoch was to come to an end in France. Within a few months, both Richelieu and his king died, and the rightful heir to the throne, this time Louis XIV, the later “Sun King”, was again a child, this time only four years old.

So once again a woman takes over the regency, this time Anne of Austria, and again it is a cardinal who runs the business of France.

Mazarin, as an Italian blessed with a seductive and ingratiating nature, not only heads the government, but also acts as an educator and confidant of the young king.

He was extremely successful in foreign policy and made France the leading power on the continent.

But internally, he supported the power of the old high nobility and so new outbreaks of violence occurred, culminating in a series of revolts, the so-called Fronde (1648 – 53), which shook the whole of France. 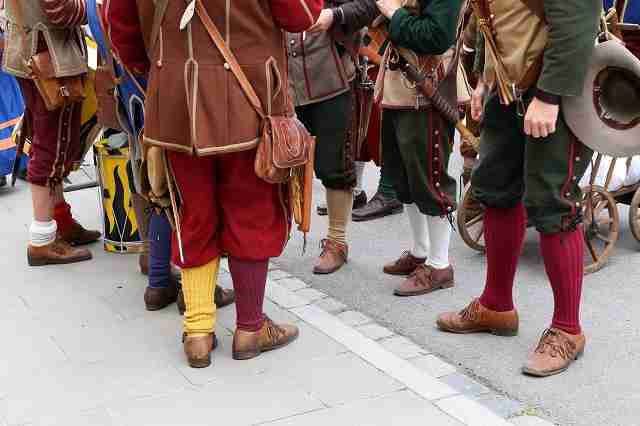 But we are still in 1640 and d’Artagnan is a simple foot soldier in the “Gardes Francaises”.

With this unit, he took part in the campaign in Roussillon and in the campaigns in Flanders under Field Marshal General Henri de Turenne (one of the most important commanders in French history).

Here he showed such courage and gave proof of his extraordinary willingness to serve that he was finally accepted by the musketeers after all.

In 1646, however, Cardinal Mazarin disbanded the Guard due to increasing tensions with its commander Treville and the soldiers had to find shelter in other regiments. As one of the few, d’Artagnan was able to do without this humiliating change, because at that time he was already Mazarin’s personal courier (messenger, diplomat and secret agent in equal parts) and accompanied him in 1651, during the turmoil of the front, on his escape to Brühl.

But in 1657 the first company (called “Grand mousquetaires” or “Mousquetaires gris” – after their grey saddlecloths) was reinstated and d’Artagnan became a musketeer again.

In 1658 he even became captain of the royal guard and took over more and more the duties of a captain-lieutenant, because the Duc de Nevers, Philippe-Julien Mazini (a nephew of Mazarin) preferred to indulge in “dolce far niente” as an art lover in Italy.

But because of her overly jealousy, which was probably not unfounded in a town-famous womanizer, the marriage was divorced again after only a few years. But from this union sprang two sons, both named after King Louis, who also acted as their godfather.

This honor was bestowed upon him, since d’Artagnan belonged to the closest circle of acquaintances around Louis XIV throughout his life. Already in the times of the Fronde he had guarded the little prince and when the young king travelled to his later wife, the Infanta Maria Teresa of Spain, he was one of the few chosen ones who were allowed to accompany him.

Also otherwise he was supported by Ludwig to the best of his ability. He entrusted him with the most secret and delicate missions, which required complete discretion and special energy. These included, for example, the arrest of the Chief Financial Officer, Nicholas Fouquet, whom he appointed in 1661 after a conference. 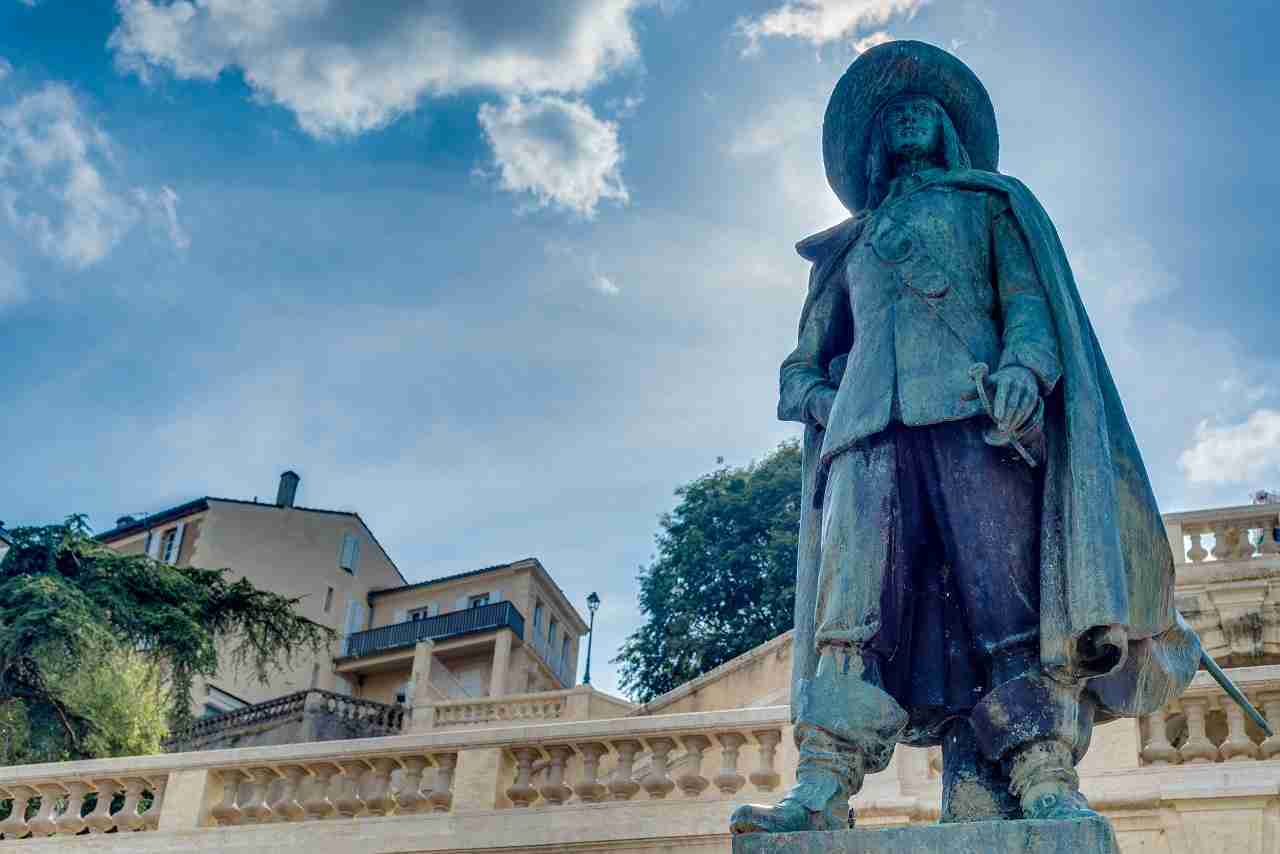 Fouquet, de facto Finance Minister of France, had seized an almost unbelievable fortune during his time in government and was therefore a thorn in the king’s side. A fact that ultimately brought him life imprisonment.

However, D’Artagnan was not only charged with Fouquet’s arrest, but in the following years he also accompanied his prisoner from prison to prison and was not to return to the court for three years.

In 1666 he was appointed by the king as “Capitaine des petits chiens du Roi le chevreuil” (roughly: “Captain over the puppies of the king’s dogs for deer hunting”), which was only a nominal post, but which included an additional salary and an apartment in Versailles, which promised an additional closeness to his king.

On 15 January 1667 d’Artagnan finally reached the destination of his dreams. In the courtyard of the Louvre, in front of a assembled crew, he was appointed Capitaine-lieutenant, i.e. company commander of the “Première compagnie des Mousquetaires”, an honor that was otherwise reserved for high-ranking noblemen of the kingdom.

In 1672 he was to climb one step higher, for he was appointed governor of Litte. But this was an office that did not correspond to his talents.

In a conflict with Vauban’s engineering officers, who had the task of transforming Lille into a fortress, he resigned that same year and took over a command in the field army with which he went to the Franco-Dutch War.

During the siege of Maastricht, his musketeers took part in the nocturnal conquest of an advanced bastion of the fortress, which was recaptured by the Dutch the following morning.

Against his better judgment, d’Artagnan was persuaded by the Duke of Monmouth to launch another attack, which was successful, but in which a musket ball tore at his throat.

He died of it, deeply mourned by the king and his musketeers.

That same evening Louis XIV wrote to his wife: “My lady, I have lost d’Artagnan, in whom I had great trust.

(pedestal inscription on the D’Artagnan statue in Aldenhofpark, Maastricht) 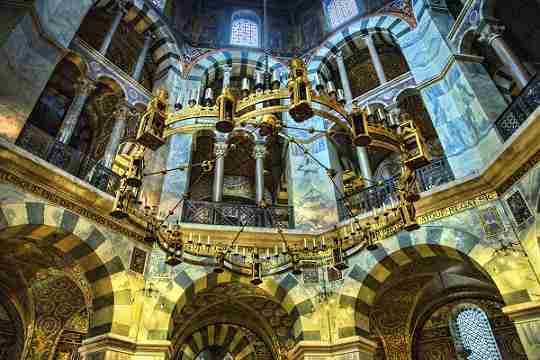 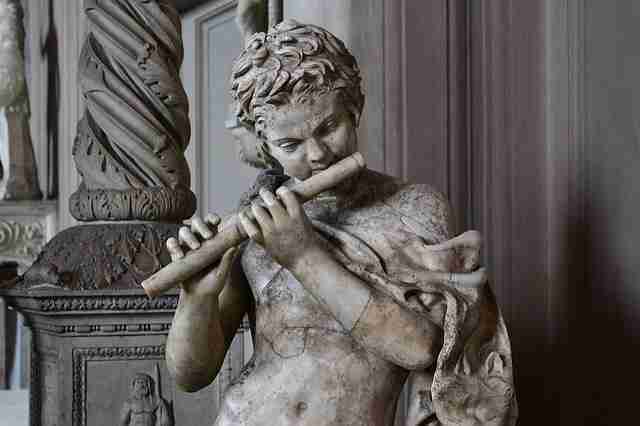 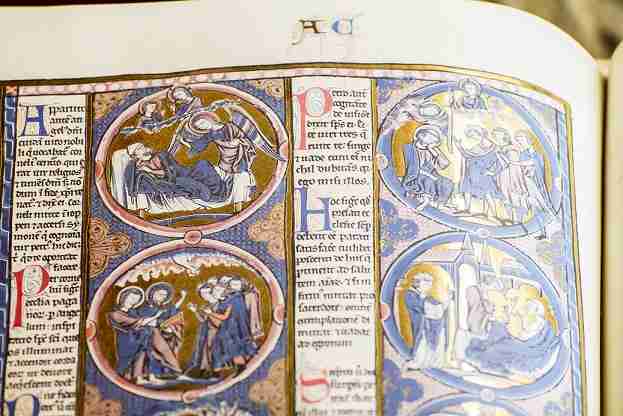