The romance. Dark forests, wild gorges, the stormy sea. In the midst of this elemental force suddenly stands the lonely man, freezing in the fog of a new era.

The romance. Wedding of feelings. Love, despair, joy, sorrow and suffering were rarely as close to the individual as in this particular epoch.

The romance. Who among us does not associate a certain image with this word? It was a new time that was all about to change.

Even in music. Never-before-seen characters stormed onto the stage. Surrounded by a dark aura, they sparkled in the glow of an unprecedented virtuosity. 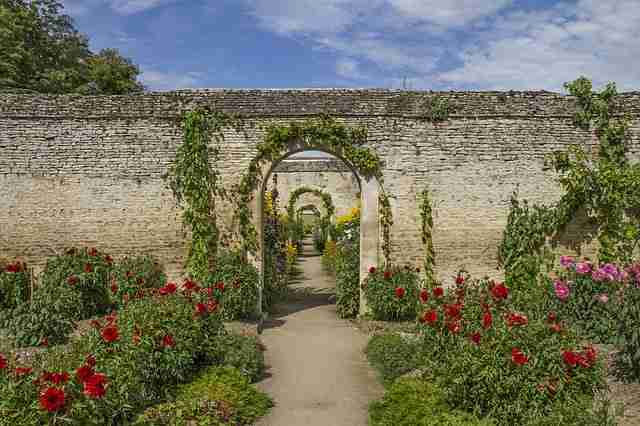 Who doesn’t know them? Paganini, Liszt, Chopin and many others. Heroes of a whole generation. All seen as prodigies, early drawn with the mark of Cain, lived without a net and double bottom and gave a bourgeois world the thrill of danger it so desperately longed for.

Among them was a little boy from France, who was to conquer the stages of his time with an imperfect instrument and became one of the most important representatives of the romantic guitar: Giulio Regondi.

Even his childhood sounds like it was invented by Ch. Dickens. Born in Geneva in 1822, his mother died at birth and so a man raised him, posing as his father. Without ever knowing if they were really connected by blood ties, he was helplessly chained to him for many years.

Giuseppe, so his name, had decided early on to turn Giulio into a prodigy with whom he could earn a lot of money. He relentlessly drove him to the guitar, locked him up in his room during the day, where, supervised by a grumpy neighbor, he had to practice the same finger exercises for hours.

So he was able to put Giulio on stage at the age of five and present “his” prodigy to an astonished audience.

To make even more money from his son, they broke up their tents in Lyon and tried their luck in Paris.

Within a very short time the little boy had a resounding success here as well. He was invited to the most important concert halls, was very well received by critics and audiences and even N. Paganini and F. Liszt became interested in the boy.

Also in the circles of guitar lovers one was enchanted by his appearance. Fernando Sor, who was fond of the “Infant Paganini” with a paternal affection, dedicated his fantasy “Souvenir d’amitié” op. 46 to the eight-year-old “Jules Regondi”.

But his father still didn’t have enough. In search of new sources of income, he was drawn across the canal and in May 1831 they arrived in London, one of the leading music capitals of that time.

Giulio made his debut here with Catherina Josepha Pelzer, another prodigy, who later became the doyenne of the Victorian guitar world as Madame Sidney Pratten. 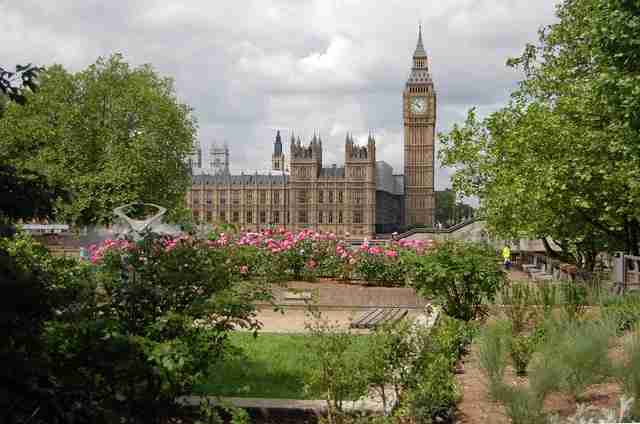 To make the two children more visible on stage, they played music standing on a table. When Regondi played alone, his chair was sometimes placed on the piano. All this was arranged by a father who wanted to draw even more attention to his boy.

Of course, the audience was enthusiastic about these performances and the press praised them. Even in the Buckingham Palace the reputation of this wonder boy penetrated and so he was finally allowed to play before the queen, who, like the whole world, was enchanted by the meanwhile eight-year-old.

There is a stream of positive reviews in the English press that has made his name known to the far corners of the British Isles.

“Another child prodigy! A real Paganini (“The Infant Paganini”). A kid playing the guitar. A journalist found out that this musical phenomenon had first appeared in London at the tender age of eight. Even the “Figaro” and “Le Journal des Débats” speak enthusiastically of him. They say that in addition to a virtuosity that can normally be acquired in no less than 20 years of work, the young man, who plays with confidence, does not lack the skill and feeling of a mature artist.“

Apparently even at this age it was the beginnings of real artistry that earned him such praise, even more than his virtuosity. The “Spectator” wrote:

“However, this is the mechanical and therefore the least important and interesting aspect of his playing. It is well known how much can be achieved with the help of untiring teaching with a docile child. But no one who observes this engaging little being, who sees the change his face undergoes while playing, how he enjoys making music with childlike simplicity, can overlook that nature has given him much more than a flexible temperament and a strong hand. As he plays, his beautiful face takes on the expression of a mature man and it is impossible not to see that he permeates everything he plays with his feeling.“

Carried by a wave of enthusiasm, father and son now travelled the entire kingdom and were celebrated with phrenesis everywhere.

Now the father should have finally reached the goal of his dreams, because one day he handed the child a 5-pound note and fled with all the rest of their money, allegedly several thousand pounds sterling.

He left the 12-year-old boy alone in the world, perhaps hoping that good-natured people and music lovers would take care of this little genius. 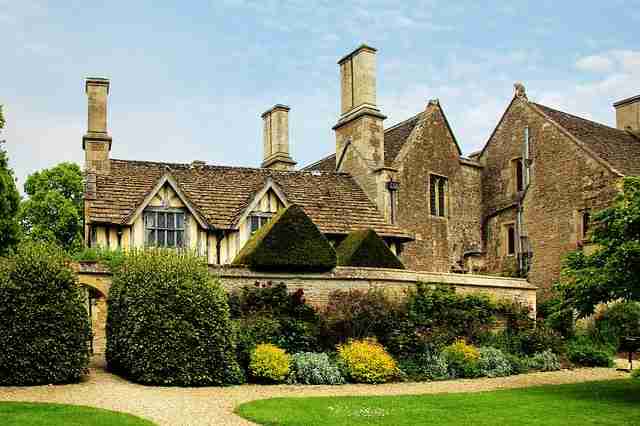 Left alone, Giulio fell into deep despair, but through the maternal care of friends and a loving foster family, he managed to overcome this trauma. The child prodigy became a young man who succeeded in transforming his suffering into music and who continued to conquer people’s hearts at acclaimed concerts throughout Europe.

Already in 1840 we see him again on a successful concert tour on the mainland. Together with the cellist Josef Liedel he played in Munich, Frankfurt, Leipzig, Prague and other cities. In the latter city he also took part in a benefit concert organized by Clara Schumann for the benefit of individual orchestra members.

When he was in Vienna for a series of concerts, he also got to know the guitars of Johann Anton Stauffer. Enthusiastic about its sound, he bought an eight-string guitar, which became his favourite instrument from then on.

The “Allgemeine musikalische Zeitung” wrote about his concerts in Vienna: “Regondi plays the guitar and melophon in the most perfect mastery imaginable and sings on the latter instrument with a truly enchanting sweetness and indescribable tenderness … The solo movements performed were on the guitar: Souvenir de Gubellins after Thalberg, and the overture of the semi-ramid, full-fingered, as if played by the whole orchestra.

It is interesting that Regondi is not only spoken of as a guitar virtuoso, but that he is also considered a master on the “Melophon”. This was in fact a concertina, a newly developed instrument that is hardly known today.

Regondi met her as early as 1831. With the same obsession as with the guitar, his father also urged him to master this instrument.

He quickly developed a phenomenal technique and succeeded in performing the most difficult works originally composed for violin or other instruments.

He himself also wrote several works for her, including two concertos and a textbook, and it was thanks to his work that this instrument became increasingly popular. Much to the delight of its inventor Sir Charles Wheatstone, who would later become one of Regondi’s most influential patrons.

Because of his tireless work for this instrument, Regondi is also called “the great concertina virtuoso of the 19th century”.

Around 1850 Regondi seems to have finally put the guitar aside to devote himself exclusively to the concertina.

He continued his concert activities for another ten years, concentrating mainly on the city of London and its surroundings.

After this time, he retired into private life and died on May 6, 1872, only 49 years old, after a long illness with cancer. His bones rest in St. Mary’s Cathedral Cemetery in Kensal.

Regondi’s work for guitar is not very extensive, but it shows the artistic value of guitar music at the height of Romanticism.

It is characterized by daring harmonic progressions and vocal melodies and requires a high degree of virtuosity.

Unfortunately it was long forgotten and was only rediscovered in the 80s of the 20th century. But since then it has secured a firm place in the programs of the leading interpreters and is performed and re-recorded again and again.

In 1990, ten etudes were published, most probably written by him and discovered by the American musicologist Matanya Ophee in Moscow.

“… These etudes are really excellent examples of romantic writing for the guitar, rich in harmony and inner structure, seductive in melody.

They put Regondi on the list of the best composers for guitar…. Many of these works could easily be confused with a creation by Liszt and it is obvious that he made little concessions to the difficulty of the guitar.“ 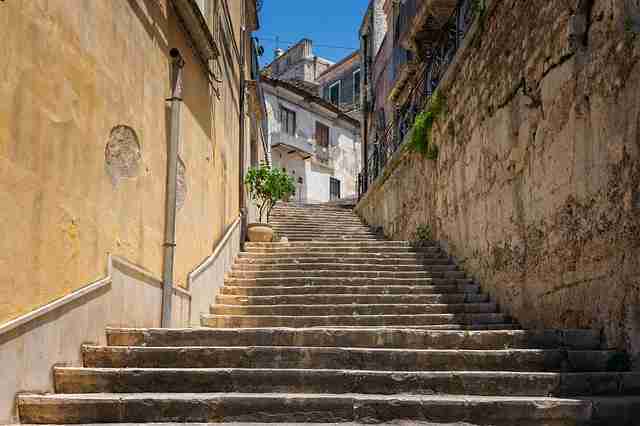 The life of Fernando Carulli