July 1920: Ludwig Thoma, the Bavarian writer, who himself became a political aberrator in the turmoil after the end of World War I, long since a journalistic drooling against the republic, delivers the eulogy at the Rottach-Egern cemetery for his friend Ludwig Ganghofer, who died suddenly. Thoma secures the grave right next door and only one year later he is actually buried there.

High mountains, dark forests: Since the beginning of his literary work in 1880, Ludwig Ganghofer’s world of imagination has been a counter-proposal to the Germany of industrialisation and urbanism. He, who holds a doctorate in the history of literature, was inspired to do so when he visited a theatre in Berlin: “I can do that too”, thought the son of a forester from the Allgäu region in view of the Bavarian rural action on stage – and began to write. His first stage play was performed nineteen times at the Gärtnerplatztheater in the Bavarian capital, many times more often in Berlin. The “how” of his literary craft, now it was given to him as a way.

Ganghofer writes and writes. He reaches up to forty million readers with his novels – which may be sneered at by some contemporary writers, but obviously turn the longing of many people into a book. He contrasts the confusing, hectic, demanding world of modernity with what is so completely different: life in the Bavarian foothills of the Alps, in the high mountains, on the mountain pastures and hunting lodges. It always remains the world of the princes, the wealthy, that is, those who can afford “a hunt”, with staff and downright luxurious residences. The dairymaids and hunting assistants, sometimes the object of amorous desires, sometimes competitors for many a beauty, but they remain minor roles – the reader may experience the myth of Bavaria, with “Kini” bliss and leather trousers, always from the perspective of those who do not worry about their livelihood and do not have to work hard for it.

That’s what Berlin likes – and it also pleases His Majesty the Emperor: of all people, the King of Prussia chooses Ganghofer as his favourite writer; they meet several times. Wilhelm II is said to have had a decisive influence on the last years of Ganghofer’s life. 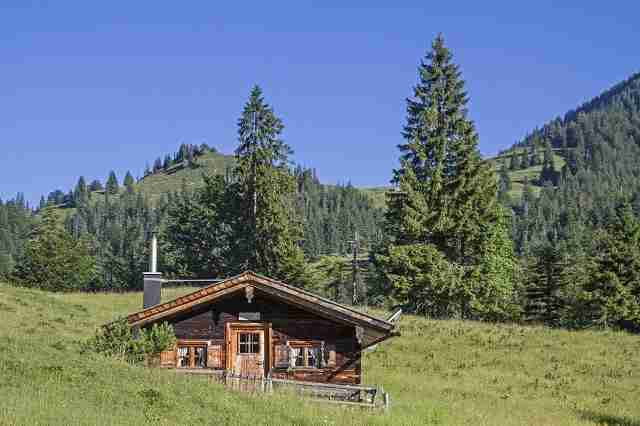 The writer’s tireless diligence – “no diligence, no price” he has carved into the doors of his desk – lays the foundation for a considerable fortune. In Leutasch – not far from Mittenwald – the hunting enthusiast takes over one of the largest hunting grounds in Tyrol. Shortly before, he had returned from Vienna, where his works had enabled him to become a dramaturg at the Ringstrasse Theatre, where he met Johann Strauss, the King of Waltz. Enchanted by the successful Upper Bavarian author, who as a person appeared entirely as if from the world he had created between the mountain stream and the Alpine summit, Ganghofer even dedicated a Schnellpolka (Op. 436), based on the poem “Auf zum Tanze”. The legend was alive.

Hof is now held in Leutasch: Hugo von Hofmannsthal, Richard Strauß, Rainer Maria Rilke – they enjoy the hospitality in the proud estate, with mountain views and tennis court. Ganghofer may show parallels to the fairytale king Ludwig II in his productions, but he never seeks the secluded, remote loneliness of the monarch. The painting “Silence in the Forest”, however, inspired one of his greatest successes: originally an icon, the Mother of God Mary, riding on a unicorn through the forest, is repeatedly depicted by painters, for Ganghofer this becomes the desirable Lolo; in the novel the wealthy man reaches the heart of the young woman and both can escape to the high mountains to escape the forest fire – set by the evil adversary. The rich man, the prince, the successful man from the city, he always finds in Ganghofer’s alpine world the fulfilment of his longings and the melancholy he brings with him turns into heartfelt happiness with a young lady who succeeds in defending herself, albeit dramatically; this is and remains Ganghofer’s recipe for success, this is what people between the Rhine and the Spree want to read again and again.

On August 1, 1914 the outbreak of war takes him by surprise. As a consequence of his (self-)image of the strong, brave man, he immediately took up arms. The army rejects a 59-year-old; now it is his connection to the emperor himself that makes him go to the Western and Eastern fronts as a war correspondent. It turns out that he does not want to let go of myth and romance even in the brutality of the first modern war in history: when a French military hospital is taken in the West, he writes of the many who – torn to shreds by artillery attacks – were missing arms and legs – he did not feel pity for the French, Ganghofer says. On the Eastern Front, he himself became the victim of a grenade attack; only an operation lasting several hours could save his eyesight. The screaming of the seriously injured is then a kind of service to him, the ringing of distant church bells seems to him like a composition to the roar of pain of the suffering. The soldiers must persevere, persevere further, there is no alternative to victory, he agrees with his friend Ludwig Thoma. 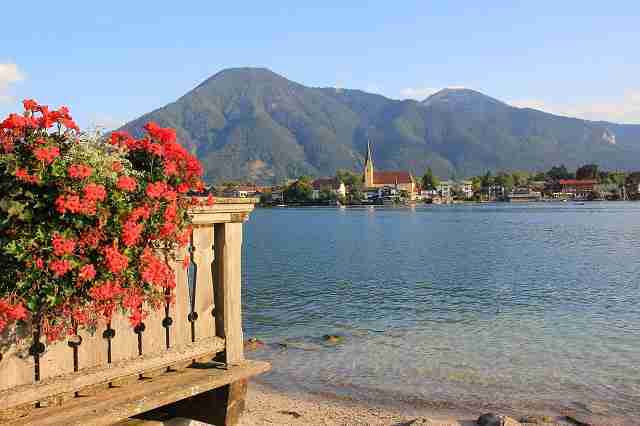 Unlike Thoma, however, Ganghofer refrained from making public statements on the political situation in times of civil war after the abdication of the emperor. He spends the last months of his life at Tegernsee, his daughter finds him dead on July 24, 1920 in the house from which the lake and mountains were once again close by.

Ganghofer’s influence did not end with his death: after ten silent films were produced during his lifetime according to his models, it was Peter Ostermayr, whose film company began production in 1919 at the Geiselgasteig in Munich, who, equipped with a sense of business, encouraged the family to turn the writer’s novels into screen strips: And so the world of the Bavarian Alps becomes the subject of numerous films. Once again, the public’s interest is aroused: in the young republic, in economic hardship, people want to see the stories of hunters, princes and dairymaids, of mountain peaks and alpine pastures. After the Third Reich and the Second World War had also destroyed Bavaria, Ganghofer’s stories even come back to life: The Heimatfilms of the 50s make people forget Nazi rule and renewed defeat, already decades after Ganghofer’s death.

“Forest and free mountain air have brought me up to fearlessness, to a devout joy of life, to grateful amazement in the face of all beauty…” Ganghofer once said. The myth of Bavaria, the counter world to urbanisation, urban fast-moving and distance from what Ganghofer understood as nature, it lives on to this day and captures the longing of those who would still like to live on in the 19th century: As a hunter and dairymaid, on mountain pastures and in the mountains.