Cakes, as we know them today, have not been around that long.

Yet the term cake appears as early as the beginning of the 15th century, as tortum, derived from the Latin “torquere”, which means to turn.

So, as you can imagine, a cake is a round thing.

But the pies of the Middle Ages were not yet desserts as we know them today, but rather pies with a savoury filling.

Meat and vegetable pies were popular at that time, but there was also an apple pie filled with stewed apples, grapes and figs. However, it was not yet sweetened.

And as late as the 17th century, in the “Garnet Apple”, the most famous cookbook of its time, one finds a wide variety of “pies” with a filling of bacon, spinach, veal kidneys, herbs and much more.

In the course of time, probably also due to the increasing elevation of the standard of living, desserts became more and more popular.

But until the early 19th century, the only options were either to bake cakes from yeast dough or shortcrust pies. 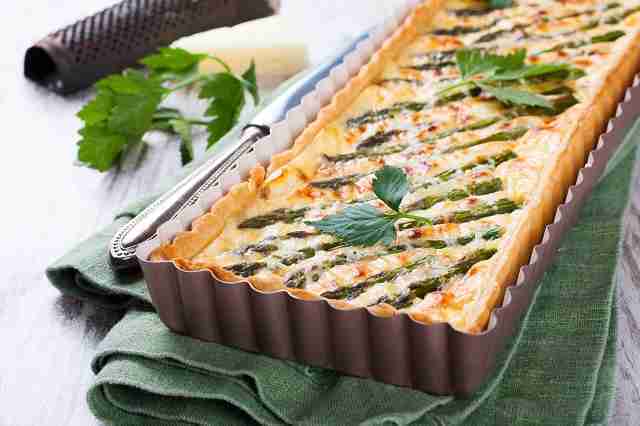 Tart with pecorino and bacon, ©IMelnyk

Instead, the chefs’ skills were concentrated on the outside of the cakes.

Just as we imagine the Palace of Versailles in the heyday of the Baroque and the pompous hairstyles and costumes of its inhabitants, we can also imagine the cakes of that time.

They were architectural marvels, created by their own confectioners, of which today’s wedding cakes are but a faint imitation.

But even so, they were still basically simple shortcrust pies filled with sweet foam and then elaborately decorated.

It was not until the Biedermeier period that people began to concentrate on the inner life of the pies, in keeping with the romantic ideal of naturalness. Their appearance now also became bourgeoisly simple and no longer had anything in common with the courtly ostentation of the Baroque and Rococo periods.

They usually consisted of a basic mixture that was baked and then filled with jam or boiled fruit.

Finally, they were covered with ice cream, a glaze made of icing sugar and egg white or lemon, which was refined with food colouring on special occasions.

But to finally bring to the table what we understand by a cake today, two things were still necessary: the invention of buttercream and the possibility of using chocolate as a glaze.

The buttercream was to be invented by Joseph Dobos (we also have him to thank for the Dobo cake), which has since been used in many variations, for example with chocolate, coffee or grated nuts, as a filling or decoration.

But I’d like to talk about the Dobos cake another time, because today I’m talking about the origins of the Sacher cake. 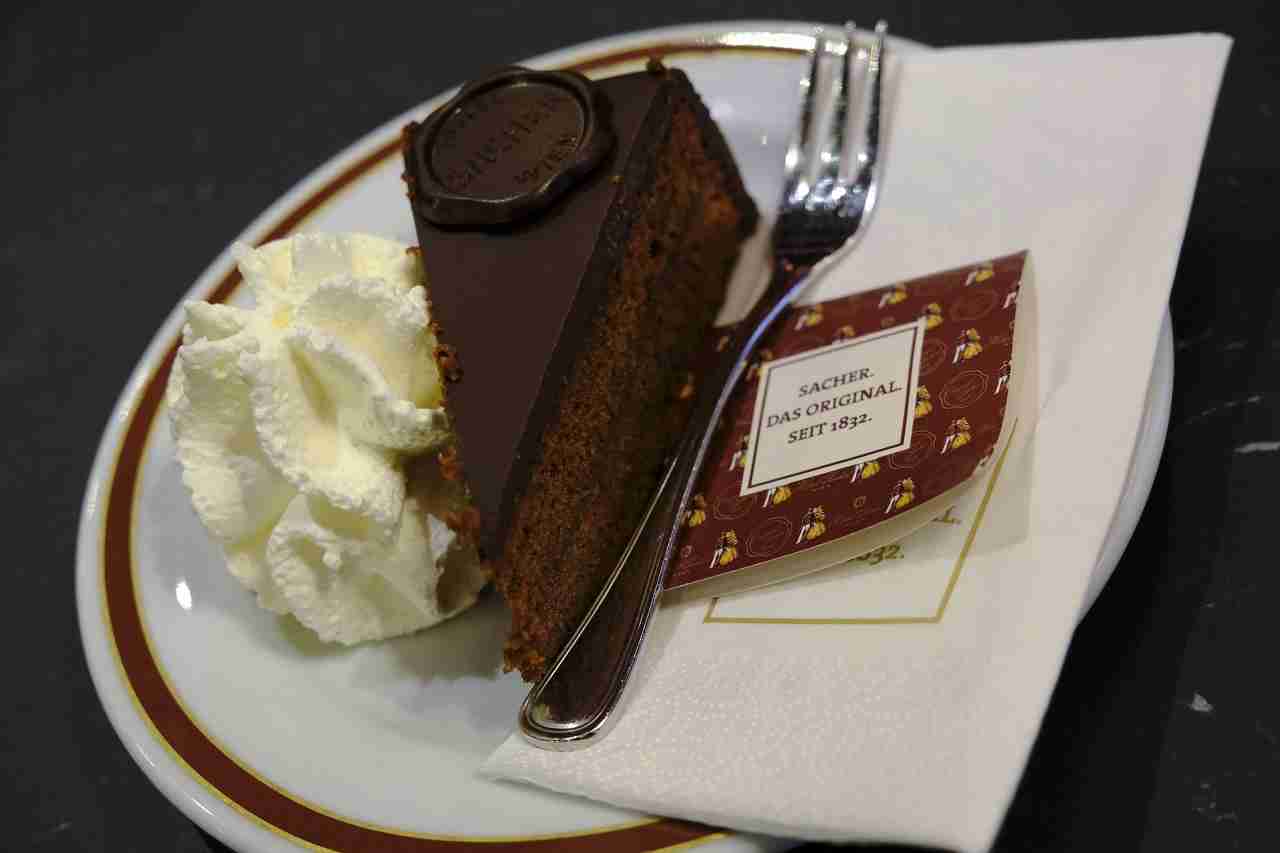 Original Sachertorte at the Hotel Sacher in Vienna, ©Ale_Mi

Its inventor, and at the same time one of the most important figures in Viennese culinary culture, was Franz Sacher, who was born in Vienna on 19 December 1816.

He was the son of a Metternich palace administrator and even as a child he preferred to spend time in the princely kitchen. It was there that the personal chef Champellier took notice of him and took him under his wing.

One evening the prince ordered the kitchen to create a special dessert. “He told his courtier, “But don’t let him disgrace me tonight!

But unfortunately, or in this case thankfully, the prince’s personal chef was ill that evening and so young Franz had to come up with something.

And in this way he invented the basic shape of the Sacher cake.

“The Sachertorte was invented by my father, who is still alive. He put it together as a young cook and it was served at the table of old Metternich, where my father was learning the art of cooking, and it met with general approval and earned him much praise from old Prince Metternich. Since then one finds the Sachertorte on the table of His Majesty and the Crown Prince, one finds it all over Vienna …”.

However, one has to wonder what the cake looked like back then. Because before the middle of the 19th century, a fine glaze, as we know it today from the Sachertorte, would not have been possible at all for technical reasons.

For the chocolate of the time was dry and crumbly and was really only suitable for hot chocolate or grated for cake and pie dough.

But in Switzerland, numerous chocolatiers were working on a solution to this problem.

After the development of milk chocolate (with milk powder), a larger addition of cocoa butter and the invention of the conching process, it was finally possible to melt chocolate and process it into a glossy glaze.

Thus, as early as 1856, the Swiss chocolate manufacturer Maestrani was able to announce that all its products were “so finely grated by a mechanical rolling mill of stone of the latest construction that they would be equally usable for eating raw as for cooking”.

Of course, this development did not go unnoticed by the Viennese.

Franz Sacher’s son Eduard was just beginning his apprenticeship at the Demel court bakery at the time and was working there on perfecting the Sacher cake. That is why it was first offered by the Demel bakery and only later in the Hotel Sacher founded by Eduard. 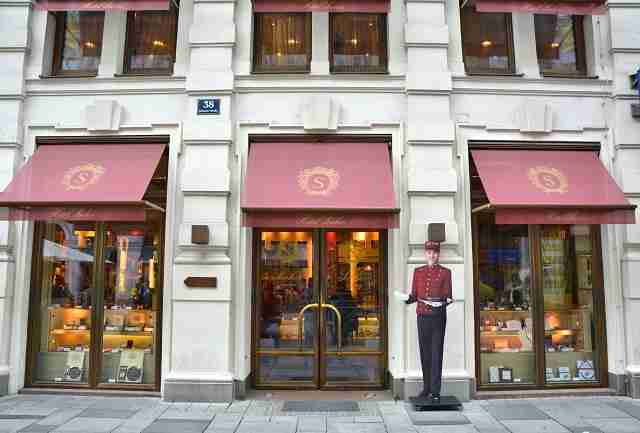 Today, it is impossible to imagine life in Austria without this cake, which is on a par with Mozartkugeln and Lipizzaners in terms of popularity.

And the beauty of it is that the original recipe for Sachertorte is no secret at all, but can be easily baked by anyone.

Nevertheless, it tastes a little different for everyone, because to bake a really good cake you need experience, skill and a sure instinct.

In other words, everything that the Viennese have always been said to have. 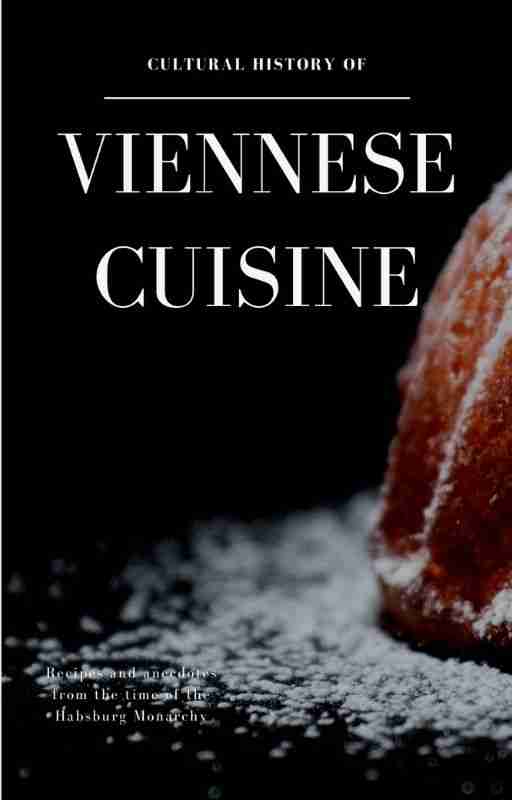 The Story of Selma Lagerlöf

The Origin of the Operetta