Only a few of Wilhelmine von Bayreuth’s compositions have survived today. The Prussian king’s daughter devoted her life almost exclusively to art. Thus the opera house in Bayreuth, now a World Heritage Site, was also built under her commission.

Wilhelmine was the daughter of King Frederick William I of Prussia, the so-called “Soldier King” and Queen Sophie Dorothea. She was born as Friederike Sophie Wilhelmine of Prussia. She is the oldest sister of Frederick the Great. Already in her childhood she received a comprehensive musical education. For example, her mother reported in her letters that Wilhelmine gave concerts on the harpsichord at Monbijou Palace when she was only 6 years old. She also received lessons in lute playing, partly together with her younger brother Friedrich, from the composer and lutenist Silvius Leopold Weiss (1686-1750), among others.

Numerous letters between Wilhelmine and Frederick still survive. These show the close bond between the siblings. Especially through their common love of music. Thus, the two often played music together and Wilhelmine accompanied her flute-playing brother with the harpsichord or the lute. They affectionately dubbed their instruments: “la principessa” was the flute, accompanied by “prince potbelly” – the lute.

Musical training was part of an extensive educational program that Sophie Dorothea gave her children. After all, they were supposed to be a “good match.” For her two eldest children, Sophie Dorothea aspired to a connection with the English royal family. Both children, but especially Wilhelmine, suffered from the years of marriage negotiations.

It is known that Wilhelmine’s childhood was marked by traumatic experiences. She reported severe mistreatment by her governess, who taught her until 1721.

A deep cut in Wilhelmine’s life was the escape attempt of her brother. In response to her brother’s support in this, Wilhelmine was imprisoned in her chambers for a year. In 1731, Wilhelmine was then forcibly married to the Hereditary Prince Frederick of Bayreuth in order to preserve Prussia’s influence in Franconia. Their only child, daughter Elisabeth Friederike Sophie, was born on Aug. 30, 1732. However, she met a kindred spirit in her husband: Her husband shared her love of music and art and played the flute.

The margrave couple completely transformed life at the Bayreuth court after taking over the reins of government: They pushed back the pietistic influence and revived the courtly festive culture. That Wilhelmine must certainly have felt affection for her husband can also be seen from the fact that she married off her husband’s mistress Wilhelmine von der Marwitz to the Austrian Count Burghauß. Her brother was not particularly pleased by this circumstance, as he had a vital interest in keeping Austria’s influence in Bayreuth to a minimum. It was not until the Countess Burghauss was dismissed from the Bayreuth service that the relationship between the siblings relaxed again.

Beginning in 1734, Wilhelmine von Bayreuth took lessons in composition, composition and basso continuo. She also learned to play the violin during this time. And received singing lessons for a short time. She began to compose her first own works. Of these, however, only a few have survived. At the end of 1937 she also took over the direction of the court music.

Her influence in the art world of Bayreuth is still visible today. As part of her activities as a patron of the arts, she had the opera house built, which was inaugurated in 1749 for her daughter’s wedding. Today, it is a World Heritage Site. Wilhelmine also directed the Bayreuth Opera House for twenty years.

Wilhelmine endeavored to establish a court society in Bayreuth based on French models. She found support from Voltaire, who arranged for the Marquis Honneste d’Adhémar to be her chamberlain. Other French noblemen followed at the Bayreuth court.

In addition to music, Wilhelmine von Bayreuth was also interested in the fine arts, literature and other arts. In 1752 she was admitted to the Roman Accademia dell’Arcadia as shepherdess Cleorinda Aracinzia. In order to combine the arts, she founded the Academy of Arts in 1756. The works of art she collected, especially antique pieces, formed the basis of Berlin’s collection of antiquities.

Her late years after the outbreak of war in 1756 were overshadowed not only by the conflict of loyalties between her brother’s interests and those of Bayreuth, but also by serious illness.  Wilhelmine died in Bayreuth on October 14, 1758, and was buried in the margrave’s crypt of the palace church.

“The music of her opera ‘Argenore’ reveals Wilhelmine to us as an ambitious, knowledgeable and carefully shaping composer: the solidly crafted and affectively differentiated elaboration of the remarkably large-scale arias, resplendent with virtuoso coloratura work, is just as impressive as the declamatory precision and harmonically sophisticated shaping of the recitatives.” [2]

Unfortunately, only a few of Wilhelmine’s works have survived today. Many were presumably destroyed in the fire of Bayreuth Castle in 1753.

A sonata for flute and basso continuo in A minor was probably written in the early 1730s. In addition, the three-act opera “Argenore” has survived, which is said to have autobiographical features. It deals with a ruthless father and a forced marriage of his daughter.

The authorship of a harpsichord concerto and two arias for the Festa teatrale “L’Uomo” is now in doubt.

On the occasion of Wilhelmine’s 200th birthday, the semi opera “Wilhelmine” was premiered at the Margravial Opera House in Bayreuth on April 25, 2009.  The text was written by Uwe Hoppe, the music by Hans Martin Gräbner. Hans Martin Gräbner has also written a stylistically completely different musical about Wilhelmine, which is still waiting for its premiere. 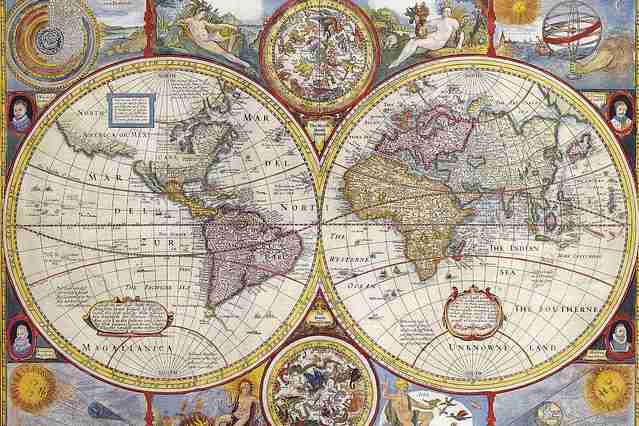 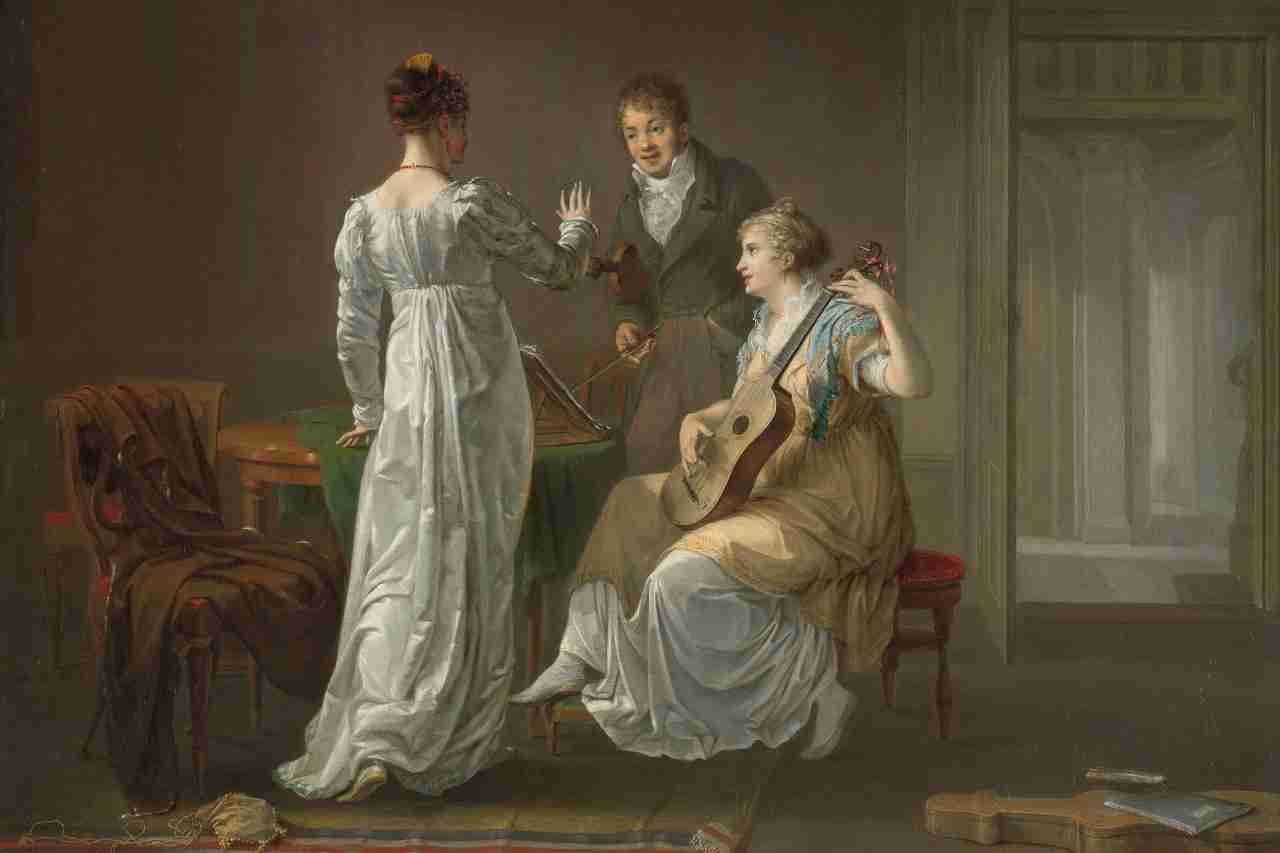 Women in art and history 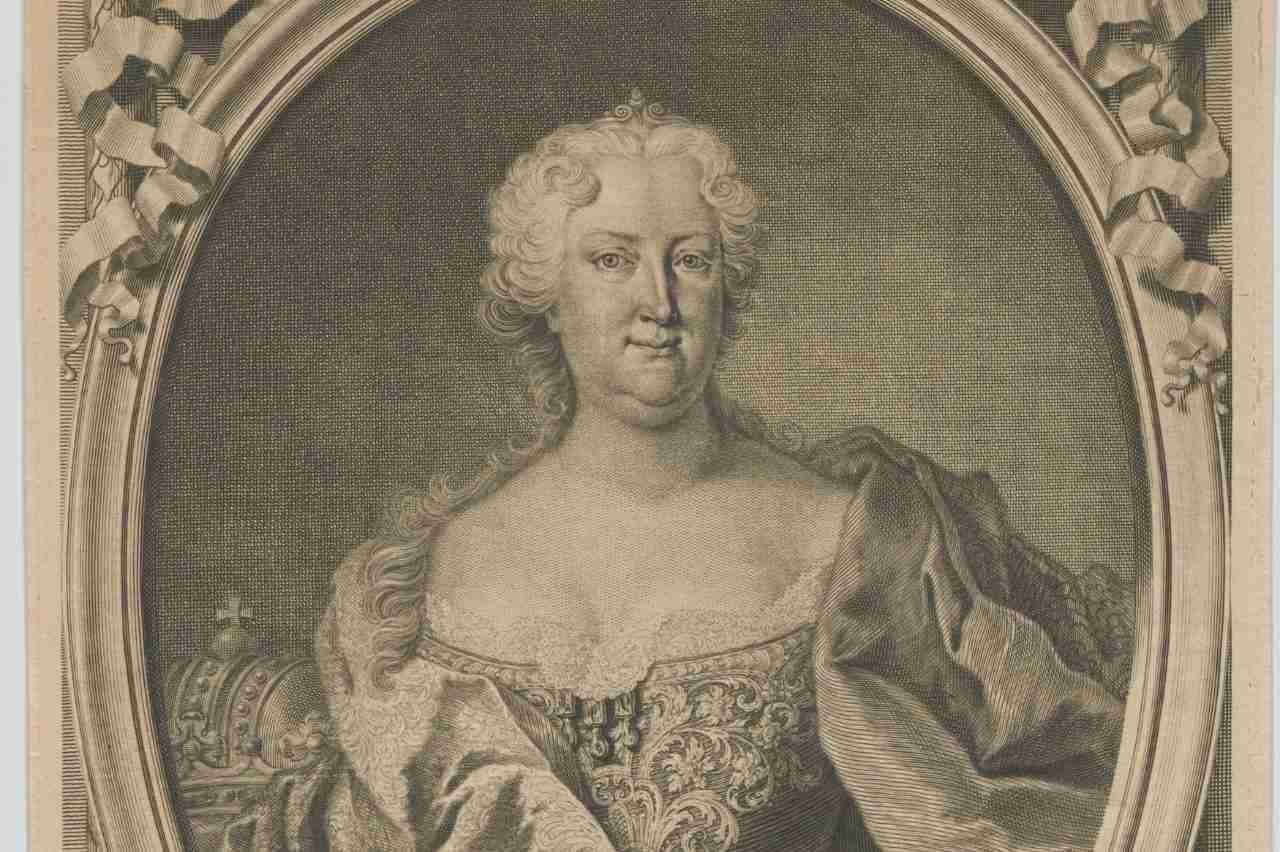